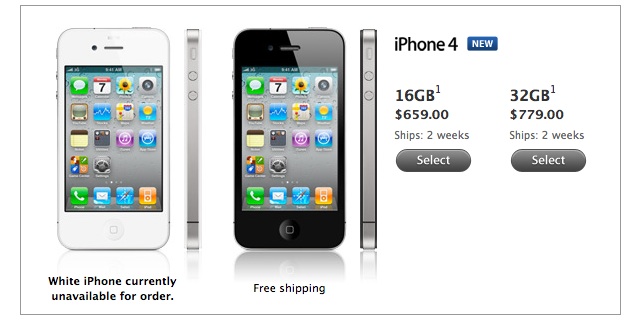 Both models of the iPhone 4 sold out across the country the day it went on sale (16GB and 32GB). Those who placed orders online via Apple were given a ship date of 3 weeks out. There’s been some good news for those who want to get their hands on the new iPhone as carriers recently received a big shipment in. Also, Apple themselves have changed the shipping estimates from the 3-weeks to 2 weeks out. Still no word on when the white version is going to officially land… by now they could just hold off until 2011 when the next generation of the iPhone is unveiled.