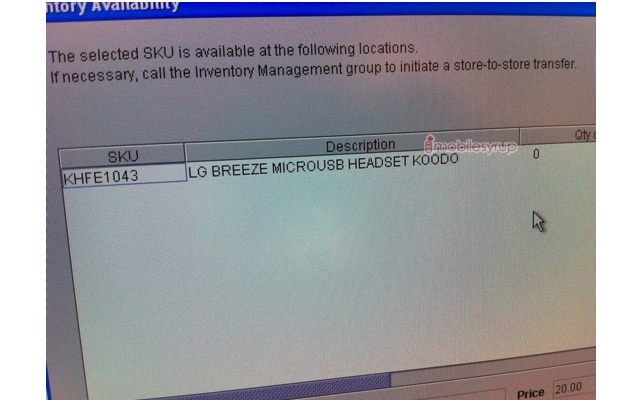 Koodo has released several 3G+ devices over the past couple months: Nokia 7230, INQ Chat 3G and recently the Samsung Elevate. Thanks to one of our tipsters for letting us know that Koodo is preparing to launch yet another device and it’s the LG Breeze (GW520). Specs on this messaging device has it coming with a 2.8-inch display (resolution of 240 x 400), full slide out QWERTY keyboard, 3MP with video capabilities, holds up to 8GB with a microSD card, Bluetooth, Speakerphone. No word on the official launch date or confirmed prices, but taking a look at the screenshot shows the Breeze in the inventory with a $20 price (probably on the Tab).

Rumour has it that competitor Fido is going to be releasing the Android-powered Acer Liquid e…. wouldn’t it be good if Koodo eventually released an Android device, say something like the HTC Hero.