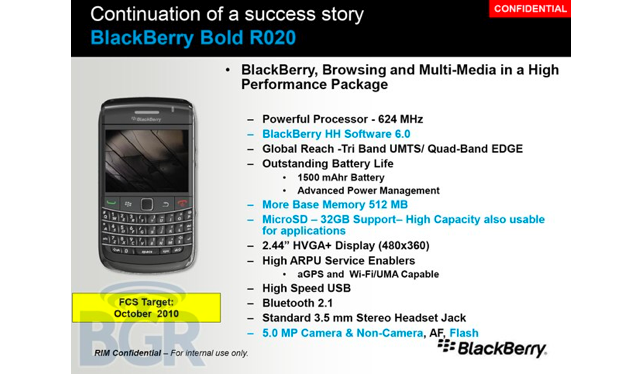 If the upcoming BlackBerry Bold Torch 9800 is not your flavour you just might want to wait until this leaked device becomes officially available. The BlackBerry Bold R020 (9780) is on tap to replace the Bold 9700. The R020 basically has the same specs but a few notable ones are: 5 megapixel camera, new LED Flash, 512MB of RAM (increase from 256MB), loaded with the new WebKit browser, WiFi, GPS, 2.4-inch display (480×360), “powerful processor” at 624 MHz and will come in Charcoal and White. According to the leaked slideshow it says this has a target launch date of October 2010… so no word on when it’s coming to Canada. The North American target audience is “Successful Professionals, Gen Y Transitioners and Multi-tasking Women”.

Check out a couple more slides after the break
Source: BGR 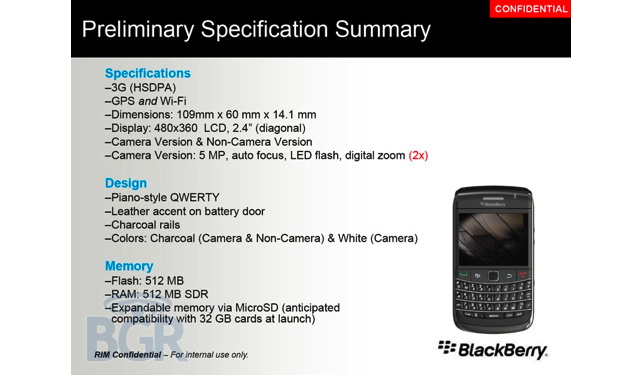 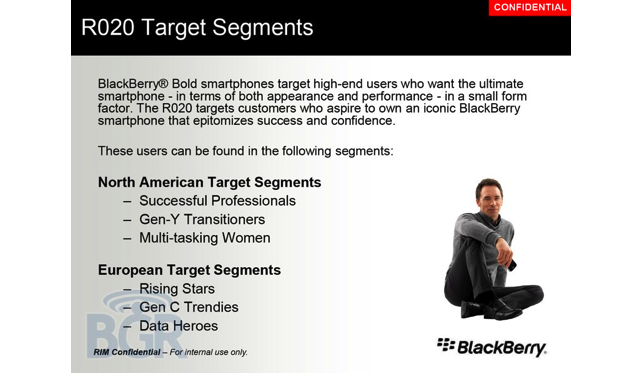