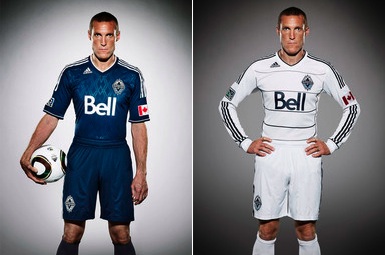 We thought Vancouver-based TELUS would sponsor the Vancouver Whitecaps FC… but Bell has jumped in to sponsor the soccer club. No word on how much this sponsorship cost but you’ll be seeing the Bell logo on jerseys and training kits.

From a mobile perspective there’s exclusive video content that Bell will be pushing out starting in 2011. Bell stated that we’ll be able to view exclusive content such as “live matches, behind-the-scenes access to Whitecaps players and coaches and other Whitecaps-specific mobile applications”. You’ll eventually see an app for the iPhone, Android and BlackBerry developed.