Finally the Pearl 9100 has been released and should be arriving in stores over the next few days. Thanks to a tipster for sending us the internal doc that states the pricing will be as following:

Rogers is shipping new new Pearl 9100 with a 2GB microSD card. Anyone looking to pick one of these up? TELUS and Bell have both come out with pricing that has this at $29.99 on a 3-year. 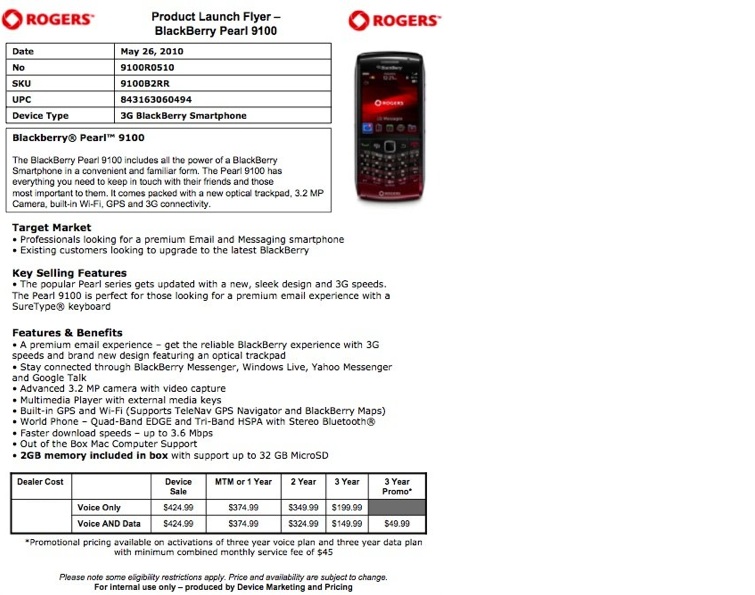