RIM files patent to develop a BlackBerry for the Visually Impaired

Research In Motion have filed a patent application with the USPTO called “MULTI-TAP KEYBOARD USER INTERFACE”.

Reading over the description it states that this provides “a multi-tap keyboard user interface with auditory feedback. In one embodiment, there is provided a method for controlling operation of a mobile device having a plurality of input devices…It is desired to have a way to perform simple user keyboard operations without requiring direct visual confirmation of what key is being pressed. Such a user interface may be useful to assist visually impaired users to use the devices lending accessibility to such devices.”

Specifically in Canada the carriers are mandated by the CRTC to provide at lease one device in their lineup that serve the needs of people who are visually impaired. So if this BlackBerry ever comes to light it would be a great addition to any carriers lineup and truly benefit those in need.

In the patent application they have also given an example of how to access 411: 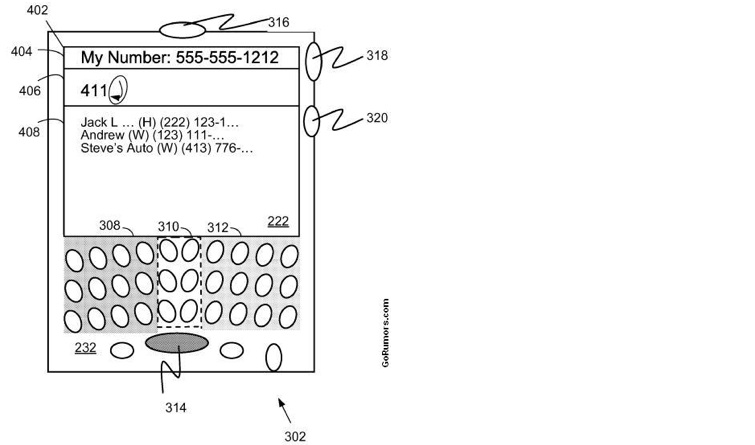