We know 3 new Motorola Android smartphones will “coming to Canada with all three national wireless carriers in the first half of 2010″. The devices are the Backflip (TELUS), Dext (Bell) and Quench (unofficially Rogers). Thanks to tipster “Eric823” who sent us a Rogers invitation of an upcoming MOTOBLUR party that is happening on Thursday, April 22nd in Montreal. No word yet on what exactly the party entails but it’s for Rogers/Bell and TELUS employees and looks to involve a whack of other countries also.

To attend the party employees will have to complete the e-learning. So with this invitation it could be a good indication that the devices might launch around this time. 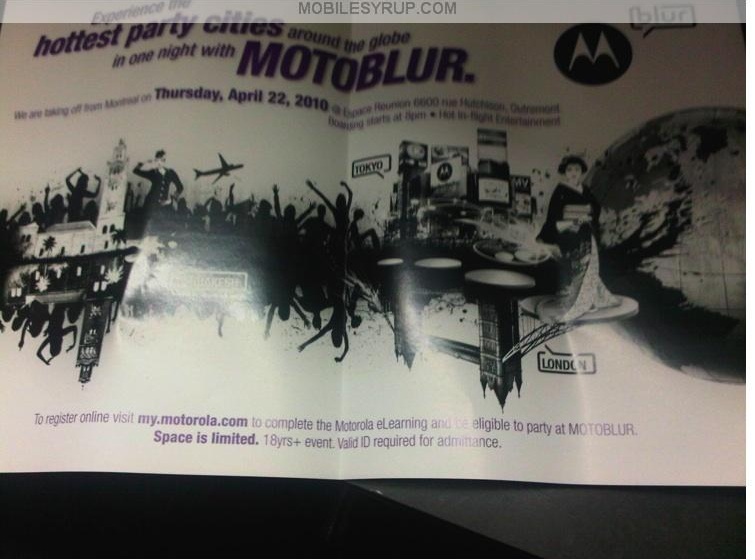