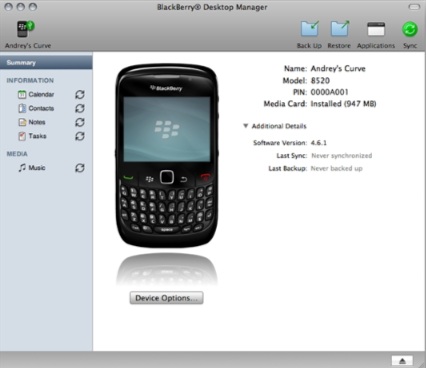 After several teases you can consider this official now! RIM has sent out a press release that BlackBerry Desktop Manager for Mac will be available Friday, October 2nd at 1pm EST from this link: www.blackberry.com/mac. We’ve mentioned some features but it’s always good to hear it straight from a proud Canadian company: