The world’s most expensive BlackBerry priced at $240k 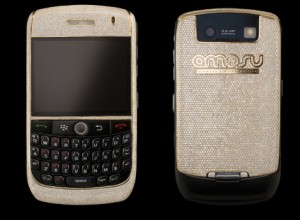 For the elite there is was no recession and no worries about money. Those who have a few bucks to spare will probably be bidding on what’s labeled “The World’s Most Expensive BlackBerry “.

Amosu states that he’s only making three of them in which one has been already purchased. Will you be getting the others?