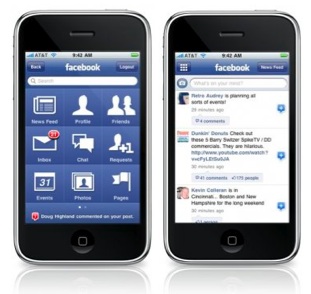 Facebook recently launch Facebook for iPhone 3.0 and people have been very pleased with the new features. Canadians are one of the countries that are addicted to using Facebook, apparently the mobile version now has a user base of over 65 million people. Facebook noted on their blog that it was only 8 months ago they had only 20 million users.

Facebook Mobile was originally launched in 2006 and since then they “have translated the mobile site into other languages, launched Facebook SMS and deployed a wide range of applications for hundreds of mobile handsets, including Facebook for Blackberry, Facebook for iPhone and Facebook for Nokia.”

I would guess their next milestone is to get to 100 million, then a billion, then control the Social world… or until Twitter takes over.
More here at Facebook