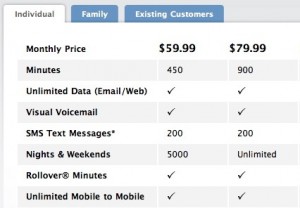 Yesterday we wrote about how our taxpayer dollars were spent by our Government to create a “Cellphone Rate Plan Calculator”. This was due to launch back in June was the idea was squashed due to “technical limitations”. The idea is a good one and apparently the reason it was canned was that the Canadian Wireless Telecommunications Association (CWTA), Bell Canada and TELUS met with Industry minister Clement’s office and voiced their hesitation, crying it would promote lower-cost plans… and the project was shelved.

However, our Government officials are speaking up about the backlash. Industry Minister spokesperson Laryssa Waler said the “Which Cell Plan? A calculator” project halted due to technical issues and not the reasons of the CWTA, Bell or TELUS.

Waler said “Technical limitations prevented the officials from building a tool at this time that captures the full spectrum of offerings available to consumers in the cellphone marketplace. The proposed calculator design only considered voice communications and text messaging. As this is an industry with ever-evolving elements, such as bundles, data and seasonal offerings, it made it highly improbable to ensure that Canadians were being presented with current and relevant data.”

TELUS has yet to give their viewpoint on the situation, but Mark Langton of Bell has spoken up said they did not lobby against the project and said “There was no separate or unique Bell effort. Geist insinuates in his column that Bell had talked to Clement or his office about the subject. We did not.”

The CWTA has confirmed a meeting did take place regarding the rate calculator. Bernard Lord, President & CEO of the CWTA said the calculator was “flawed since it did not take into account data plans, bundle discounts and hardware subsidies offered by carriers”… in addition, “the minister made the right decision, to not continue to dump good taxpayer money into a tool that was ineffective.”

So there you have it. Is this the end of the government funded rate plan calculator saga? Probably not as us consumer could really use something like this, especially with all the newly created wireless competition coming on board.

The National Do Not Call List now has 12,118,658 registered numbers, complaints on the rise