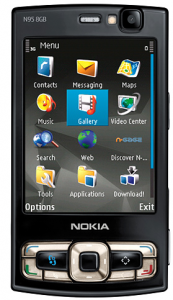 I read this great article written by Jaako Kaidesoja, Director of Games at Nokia. He spoke about concept of ’social location gaming and how Nokia is focused on bringing this to the mainstream. “Social Location” games are “titles which interact with your location and are sensitive to your surroundings, adapting to where you are”.

It was interesting to read how he sees the future of gaming, how GPS will play a major role, how the need for developers to go beyond graphics and make games continually entertaining and how Yamake, a game that allows players to create their own games, puzzles, crosswords and quizzes and then share them with friends, will create a trend in the gaming industry.

I copied the entire article below, but you can visit this link for Nokia here:

The mobile games industry is growing. In 2008, there was a 17 per cent* increase in the number of mobile games downloaded and, at the Mobile Games Forum in the UK earlier this year, it was estimated that the market itself would grow to $10bn by 2013.

There is much speculation about what the next big breakthrough in mobile gaming will be. Graphics and game-play remain high on developer’s priority lists, as does distribution. But, regardless of how aesthetically pleasing and accessible the games are, if the content of the game is not entertaining, stimulating or challenging to the player, they will quickly lose interest.

Without doubt, one of the next big innovations in the mobile games industry will be social location gaming. This is not, of course, a completely new concept. In fact, it has been around for a number of years, but it is only now beginning to have a real impact on games. Until this point, it has not been made widely available so there’s been no mass adoption. The recent growth in popularity is largely down to the growth in handset technology and the greater ease for developers to create new game concepts through better APIs. It’s an exciting time for us and the industry.

What exactly is social location gaming?

For anyone who is still confused by this new buzz word, social location games are titles which interact with your location and are sensitive to your surroundings, adapting to where you are. For example, it might mean that, if you are on a boating trip, the system will give you in-game activities that are linked to fishing or water sports.

This is something we’re really focusing on with N-Gage at present. Ultimately, the social aspect allows you to have a compelling reason to connect with others and it makes the interactive game-play relevant, fun and interesting. This could be through online multiplayer games, which are one form of social gaming, or it could be through other types of games which are not directly multiplayer such as Yamake, for example. This is a game we’re launching on the N-Gage platform later this year which will allow players to create their own games, puzzles, crosswords and quizzes and then share them with friends. Imagine the new and exciting elements of game-play it will bring to players by adding a location-based technology. There really is so much potential here.

A great example of how context-aware gaming can add considerable value to a game is ONE, an award winning First Party title for N-Gage. Here you battle to become the master in the city where you live. Through the social location capabilities, you can see your high scores in relation to other players who live in the same city, country or even continent!

On the technology front, you have technologies such as GPS which is the most reliable way to pinpoint your location. But, for improved indoor coverage, there are also other types of location-based technologies, like using cell ID for example. Again, it’s not a problem of technology being available. It’s more a matter of finding the right way to use these technologies to enhance the gaming experience for users. A Gartner report in 2006 highlighted this former point as it estimated that 40% of handsets in 2010 will have GPS – and this was before smart phones had started to break into the mainstream. GPS used to be the USP of high-end handsets. Now it’s slowly becoming the norm and it brings something exciting and fresh to mobile gaming.

It’s important to highlight the fact that the sort of gaming we’re looking at isn’t just restricted to using GPS. Another big growth area could be using maps – something that gives social location gaming another dimension. The technology itself is there, it’s just a matter of writing those APIs and making them available and useful.

Of course there is still work to be done in this area. We’re constantly evolving our services and listening to the industry and our customers. We want to prioritize game development APIs by making it easier to use – the technology itself is robust and already widely available. It’s just a matter of some fine tuning to make it conveniently available. We have to give developers the opportunity to innovate – so the sky’s the limit once you have easy access to the right tools. It must be added, however, that you equally need the right ecosystem to support this. This is where distribution and purchasing experiences play a crucial role in the process. This is something we’re focusing on for the N-Gage platform – seamless integration of all elements.

More and more innovations will come from other internet services and device features being incorporated into new and existing games. For developers, location-based games will provide many different and exciting challenges.

Although it’s quite a big statement to make, we genuinely believe that Yamake will be one of the first games on the market where social location will really be showcased at its best. There are other new N-Gage titles on the drawing board too where we are looking to integrate this context-aware gaming – we should start to see these being rolled out during the second half of the year. It’s all part of the direction you’re starting to see N-Gage take.

The really interesting development will come when we look at how we can tie in location to enable us to broaden the community. We want to enable N-Gage users to connect with the wider OVI community (Nokia’s brand for its internet services including maps, music and messaging) and talk with people who are not necessarily playing N-Gage games, but are playing with the other services. This is at the very core of our N-Gage strategy.

One thing we’ll begin to see more and more of is cross-service mash ups where we are utilizing APIs from the music store and building games that interact with music and music store – this could also be done for maps or, indeed, location. It’s more of a business innovation for us as opposed to a technology innovation.

Social location gaming is now in a position to become a new mainstream genre of title. This will be aided by more effective distribution and lower data charges. As a result, more people will experiment with new types of game, and we’ll discover what works and what doesn’t.

The whole mobile games experience will definitely become more personal through social location – which makes games far more engaging, relevant, interesting and stimulating. There will be more sharing of content and UGC as a result which will lead to larger games communities. It is exciting to see the industry evolve, and now the technologies, innovations and capabilities are in place. It’s just a matter of finding the right opportunities and building on them. Ultimately, we want to ensure that all our games are friendly, fun and offer players a new experience that they’ll want to re-visit time and time again.