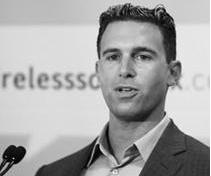 Globalive Wireless Management Corp. announced they have “officially been issued wireless spectrum licenses from Industry Canada”. Which basically means that the $442 million dollars they dropped to play in the wireless game will be moving forward.

Industry Canada allows a maximum of 20% foreign ownership and one of the reasons it took so long for the official statement is because of their foreign investment by Eygptian based Orascom.

Anthony Lacavera, Chairman and CEO of Globalive said “We worked closely with Industry Canada throughout their detailed review and are pleased to be moving forward with this exciting project. Having been issued our licenses, we are one huge step closer to improving the wireless experience for Canadians by giving them a wireless company that listens, responds and collaborates with its customers. Today we are thrilled to welcome Canadians to a long-awaited brand new day in the Canadian wireless market.”

With a goal to launch fall 2009 in the following cities: Toronto, Vancouver, Edmonton, Calgary and Ottawa (national in 2010), they will be offering fixed-price monthly plan that has no contract, allow unlimited calling within your area and rollover minutes with a core aim to reach the 16-60 year olds that don’t have a cell phone.

Globalive certainly sounds like they could be a savior not only in the wireless market, but on the job front too. Ken Campbell, CEO of Globalive Wireless said “Amid unprecedented levels of unemployment and a critical economic downturn, the ability to make a financial investment in the economy by providing new jobs and increased choices for Canadians is a great benefit to launching Canada’s newest wireless company”.

To make this happen they plan to hire more than 1,000 employees across Canada within the next 12 months and “make a significant financial investment in building its new network across Canada”.

My question is how will they fill the missing whole in Quebec? Is it not important to be a national player to have representation from coast to coast… Quebec spectrum licenses are still missing for them.