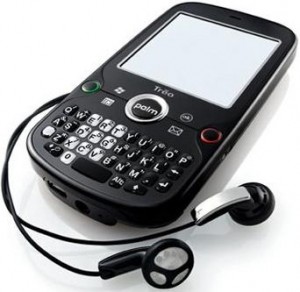 We just got word that Bell is to release the anticipated Palm Treo Pro on Thursday, February 26th. Estimated price point that this will come in at is $199.95 on a 3-year contract (with a $45 monthly data plan).

Been a while since we first wrote about this coming to Canada, but the Pro comes loaded with Windows Mobile 6.1, 320 x 320 touchscreen display, 2-megapixel camera (8x digital zoom and video capture), WiFi, built-in GPS, support for microSDHC card up to 32GB, 3.5mm headphone jack and is all snapped up with a weight of 4.69 oz (133 grams).

We will get further confirmation on the actual launch date details. In other juicy bits of goodness coming down the Bell pipeline… still a rough idea about dates, but here’s what else we will see:
Q2: BlackBerry Niagara (new Curve like the 8900)
Q2: Samsung Omnia
Late Q2, early Q3: BlackBerry Pearl Flip 8230
Late Q2, early Q3: Palm Pre

More news on all this shortly… anybody want the Palm Centro now??