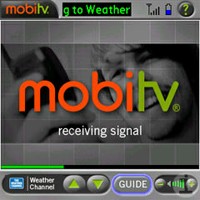 MobiTV has announced they have surpassed the five million subscriber mark. In the last 5 months alone they have increased the subscriber base by 1 million.

Majority of the traffic comes from the USA, but in Canada MobiTV is offered by TELUS, Bell and Rogers where you can watch various shows such as CBC, CTV, Much Music, SportsNet. Depending on the carrier it can cost you from $10 – $15 per month.

We did a review of MobiTV – Check it out here