Quebecor seems to have taken a commanding lead over Globalive in truly becoming Canada’s Next Top National Wireless Carrier 2008! In addition, Quebecor is about $100 million ahead of Telus who still holds the greatest number of High bids with 68. Depending on the next round we might not see majority of the remaining bidders around.

The players that are in control and still at it are: Quebecor, Telus, Globalive, Bell, Shaw, DAVE Wireless Rogers, 6934242 Canada, Blue Canada and notably SaskTel. 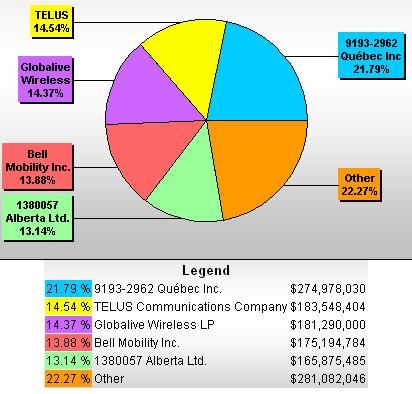 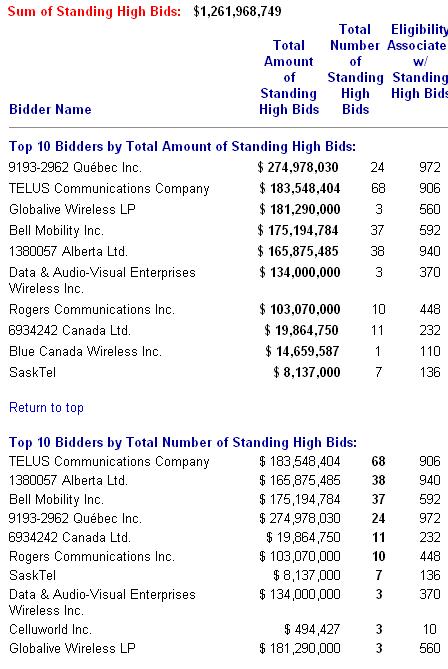