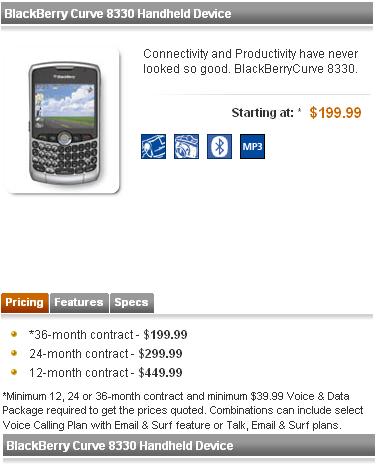 Although MTS is in the middle of bidding in the Canadian Wireless Auction – they have not stopped releasing devices. This time they have finally released the popular BlackBerry Curve 8330.

Here are the specs: