Let the robots maintain eye contact so you don't have to 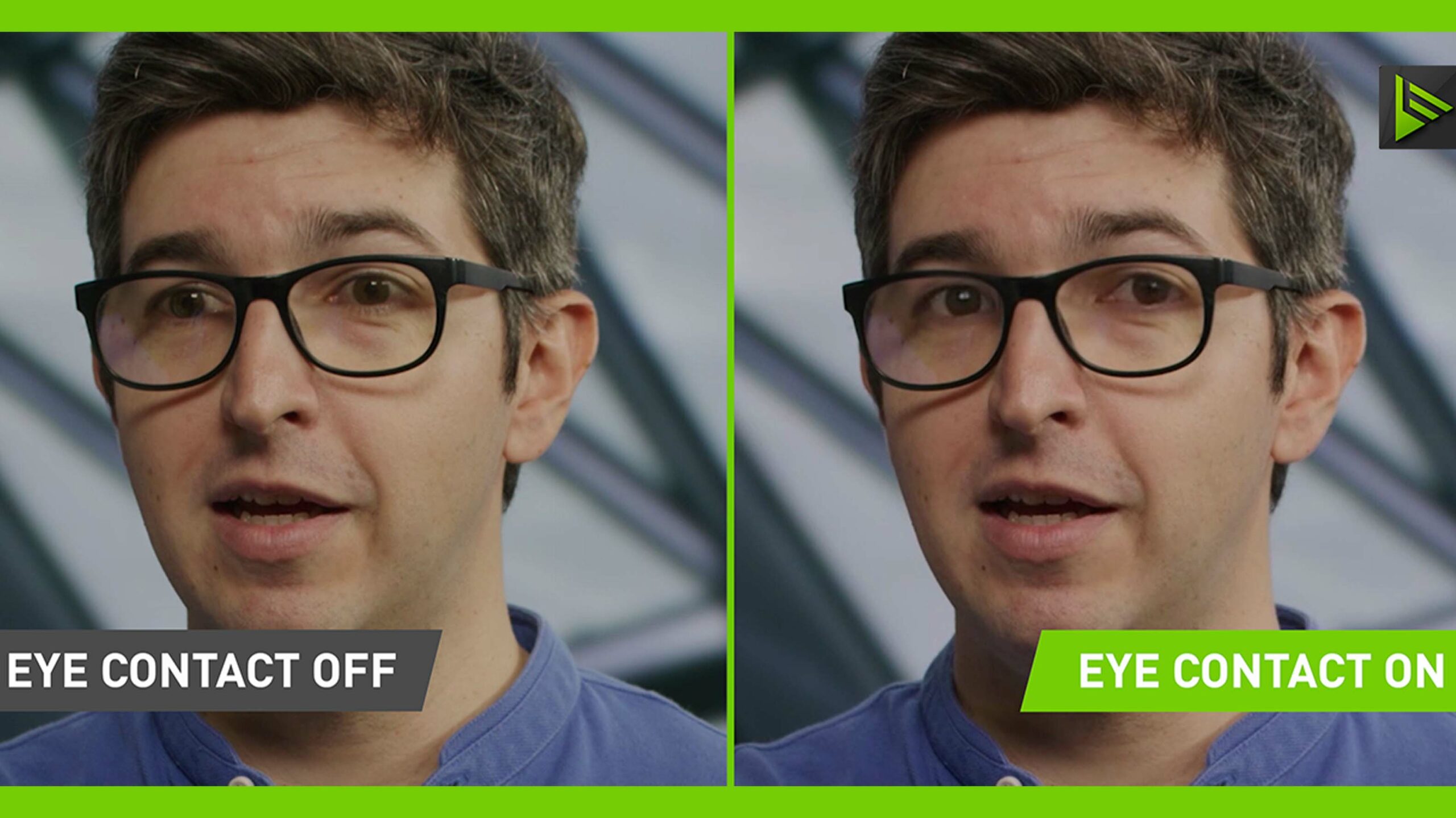 Earlier this month, Nvidia rolled out an update to its Broadcast software for live streaming and video conferencing. The update brings several new features and enhancements, like Vignette Effects for Virtual Backgrounds, but none of it matches up to the creepy energy of the Eye Contact effect.

Eye Contact is exactly what it sounds like — an effect that makes it look like you’re maintaining eye contact with the camera. Eye Contact uses AI to replace your eyes with simulated eyes that are aligned with the camera. The feature is still in beta, so unsurprisingly, it’s not particularly reliable.

But when it does work, it looks super weird.

👁️👁️
I'm not looking at you.
Amazing new machine-learning technology from @nvidia called Eye Contact.
As an autistic guy I wish I had this in real-life.

@nvidia Broadcast has a new "Eye Contact (Beta)" feature that uses AI to make you look into the camera.

Tried it out, and now I know that if I want to work during a meeting, I just have to make sure to only use my primary monitor, and not the ones to the side. pic.twitter.com/CKk86gP3LA

Thankfully the other Broadcast features are less horrifying to the human psyche. The Vignette effect mentioned above can be combined with a subtle background blur to give your webcam an AI-simulated bokeh, which actually looks pretty good in Nvidia’s samples.

Nvidia also said it enhanced the Blur, Replacement, and Removal Virtual Background effects with temporal information, which can help achieve better segmentation and stability. That means the AI can make better decisions, and when mistakes do happen, users should see fewer occurrences of the background popping in and out.

Those interested can learn more about the Broadcast 1.4 update here.