Along with confirming that its next hardware event is set for September 14th at 10am PT/1pm ET, Apple has also launched a clever augmented reality Easter Egg related to the announcement.

If you visit Apple’s official event page on an iPad or an iPhone, you’ll get access to a pretty cool augmented reality page when you click on the ‘Apple’ icon. Make sure you open the page with Safari because the AR Easter Egg won’t work in other iOS browsers like Edge, Chrome and more. 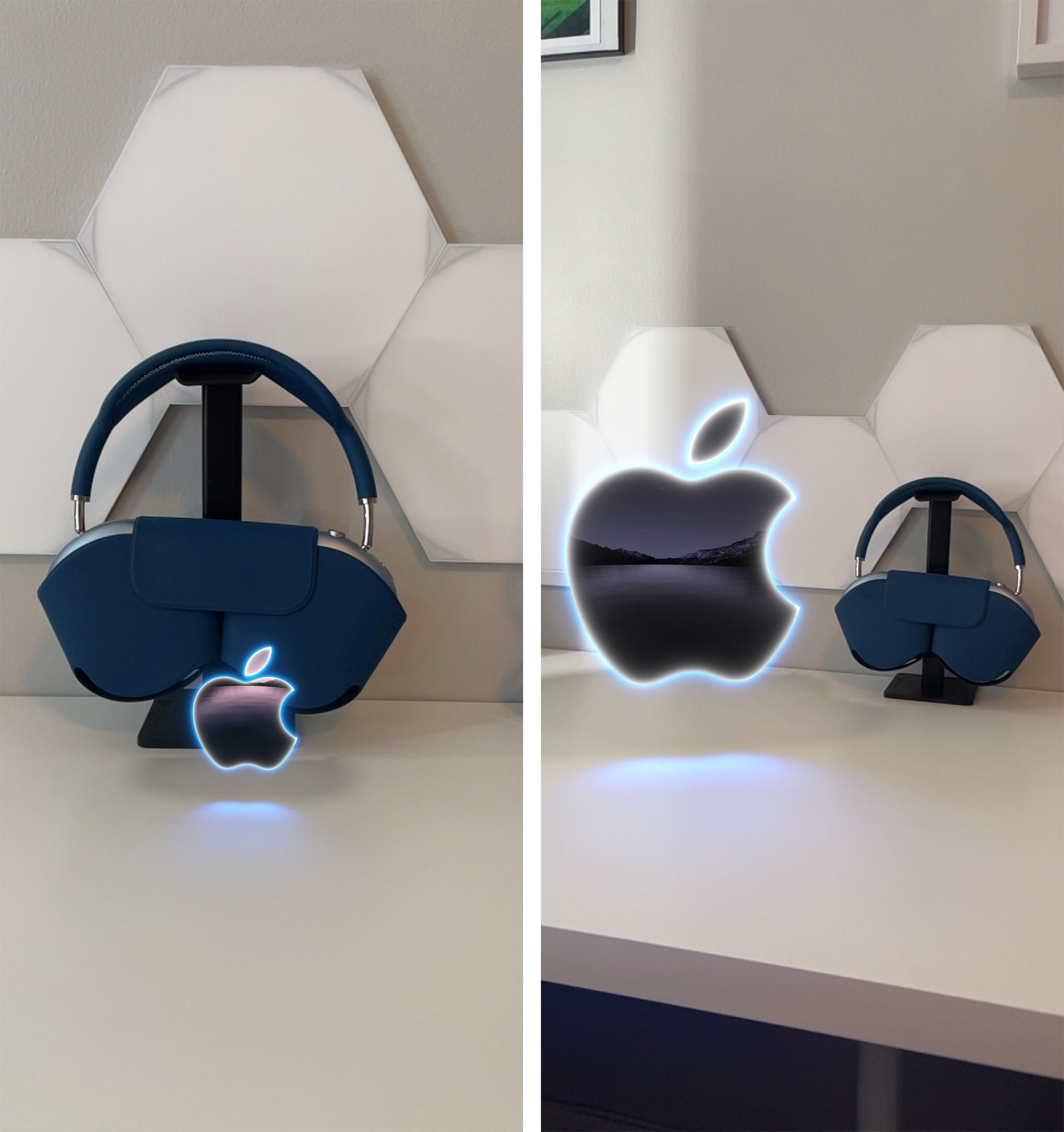 Along with changing its size, it’s also possible to drag the AR Apple logo around and place it wherever you want.

I, of course, decided to place it in front of Apple’s pricey AirPods Max. While this AR logo doesn’t offer any hints regarding what we’ll see at the tech giant’s upcoming event, it’s undeniably cool.

It’s likely the pre-recorded stream will give us our first glimpse of the iPhone 13 series, the Apple Watch Series 7, new AirPods, a refreshed iPad/iPad mini and possibly the new 14-inch and 16-inch MacBook Pro.

Tune into MobileSyrup next week for all of the announcements straight from the event.