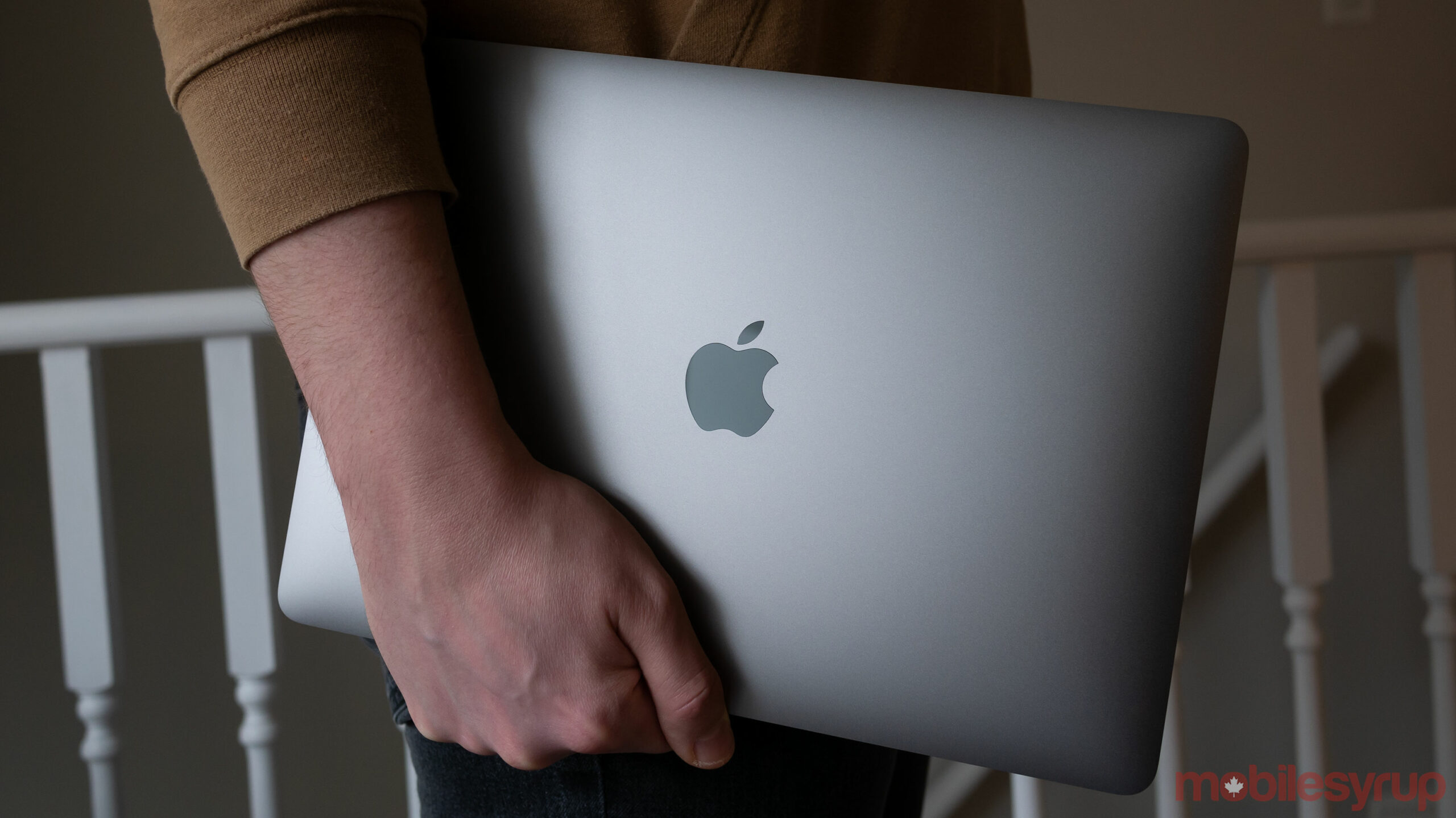 Apple is holding yet another fall hardware event called ‘One More Thing’ on November 10th at 1PM ET/10AM PT.

With the iPhone 12 series, the new iPad Air (2020), the Apple Watch Series 6 and Apple Watch SE out of the way, it’s expected that this event will be focused almost solely on the tech giant’s shift to ARM-based Mac devices.

That said, there’s a possibility we could also catch a glimpse of the often-rumoured AirPods Studio over-ear headphones and the tech giant’s AirTags. 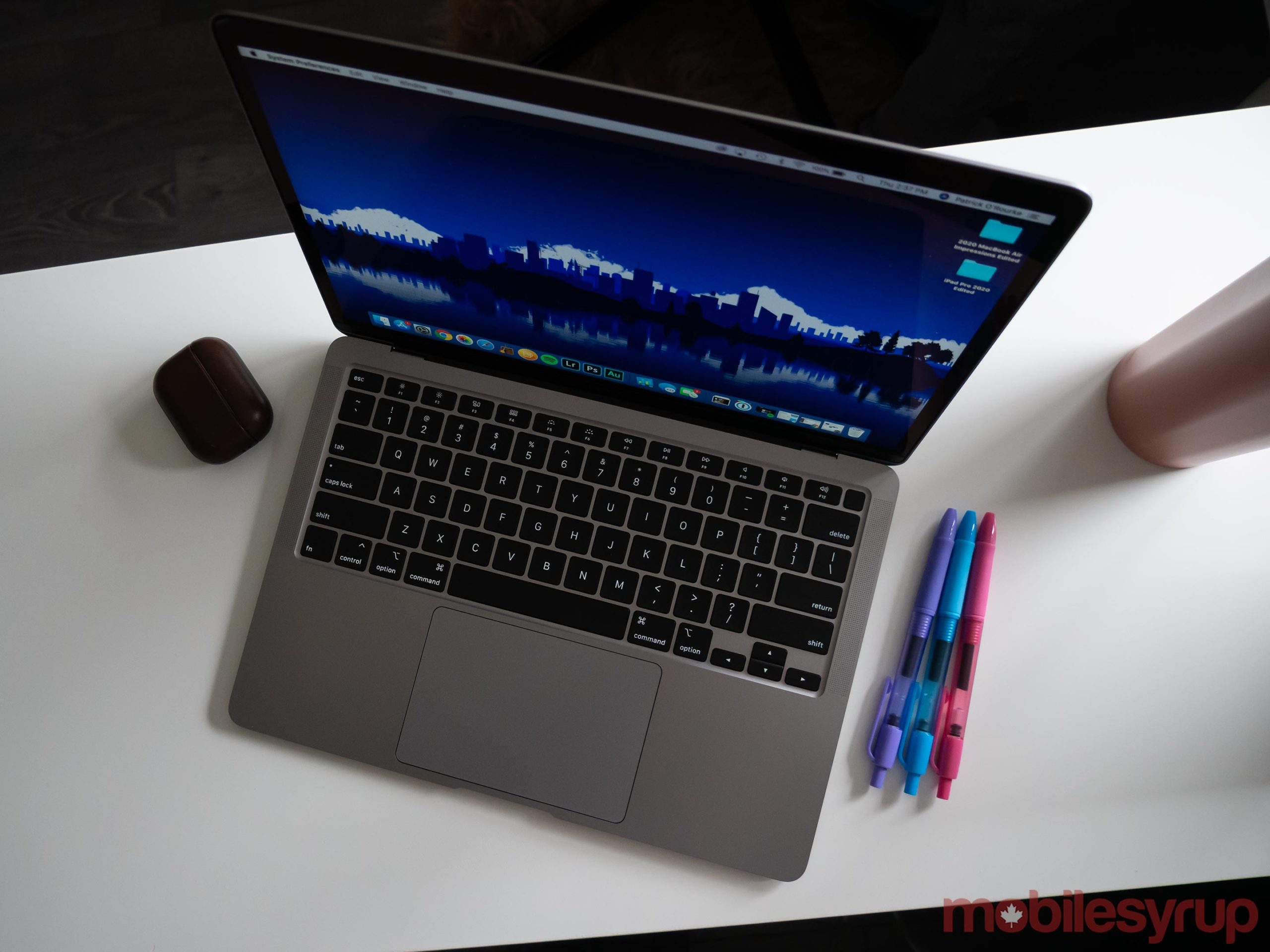 Apple will almost certainly reveal its first ARM-based Mac computer during its upcoming keynote. Though it remains unclear what form this new Mac will take, some rumours point to it being a revival of Apple’s defunct 12-inch MacBook.

On the other hand, there are also rumours indicating Apple is going all-in with its own silicon this fall. According to Bloomberg, Apple is ramping up production of three new laptops set to include the tech giant’s own processors: a 13-inch MacBook Air, a 13-inch MacBook Pro and a 16-inch MacBook Pro. Further, Bloomberg‘s report says this new Mac silicon will be based on Apple’s new A14 chip, the same processor included in its iPhone 12 series.

L0vetodream, a Twitter account that’s often a source of Apple rumours, tweeted “13 inch x 2” recently, suggesting that Apple will reveal two smaller ARM-based MacBooks at its upcoming event. Given the 13-inch MacBook Air and MacBook Pro are the tech giant’s most popular laptops, it makes sense for it to release ARM-based versions of these computers first.

The transition to ARM likely won’t be entirely smooth given apps will need to be reworked and optimized for Apple’s ARM chips. To mitigate some of these issues and get developers to work towards shifting their apps to ARM, The Verifier (via 9to5Mac) reports that Apple is porting TestFlight over to Mac to help test ARM-based Mac apps. In June, Apple also released a Mac Mini ‘Developer Transition Kit’ equipped with 16GB of RAM, a 512GB SSD and an A12z chip to help developers transition to its own processors.

Several months ago, the tech giant revealed that it eventually plans to switch its entire Mac line to its own proprietary ARM-based processors over the next two years.

Personally not impressed, looks too much like 2 Palm Pre’s attached to 2 tuning forks :/ hard to unsee

Looks a lot like what @markgurman described in April, but with homepod mesh pic.twitter.com/dzAufRRl7m

Apple’s over-ear AirPods Studio headphones have been rumoured for several months at this point. Leaks point to the headphones featuring noise-cancelling, high-end build quality, and even the ability to be worn backwards.

There are also some rumours indicating that the headphones are modular in some way, allowing users to swap out ear pads and other design features.

Leaked images courtesy of Twitter user @choco_bit and renders from occasionally-reliable YouTuber Jon Prosser gave us a brief glimpse of the AirPods Studio back in mid-September. The upcoming headphones seem to feature a sleek design and will be available in at least a few colours.

There’s also a possibility we could finally see Apple’s often-rumoured Tile-like AirTag Bluetooth tracking device at the company’s November 10th event. In April, Appleosphy reported the tech giant’s YouTube channel featured a brief mention of AirTags in an instructional video, so we know the tiny accessory exists almost for certain.

While AirTags can’t receive a signal, they’re able to broadcast their location to Apple’s iPhone 11 and later thanks to the smartphones’ U1 ultra-wideband (UWB) chip. The recently released Apple Watch Series 6 also features a UWB chip.

It’s unclear what other unique functionality AirTags will offer, but established Bluetooth tracking companies like Tile likely won’t be pleased to see a tech giant like Apple enter the space.

Stay locked to MobileSyrup on November 10th for everything the Cupertino, California-based tech giant reveals at what I hope (for my sanity’s sake) is its final fall hardware event.