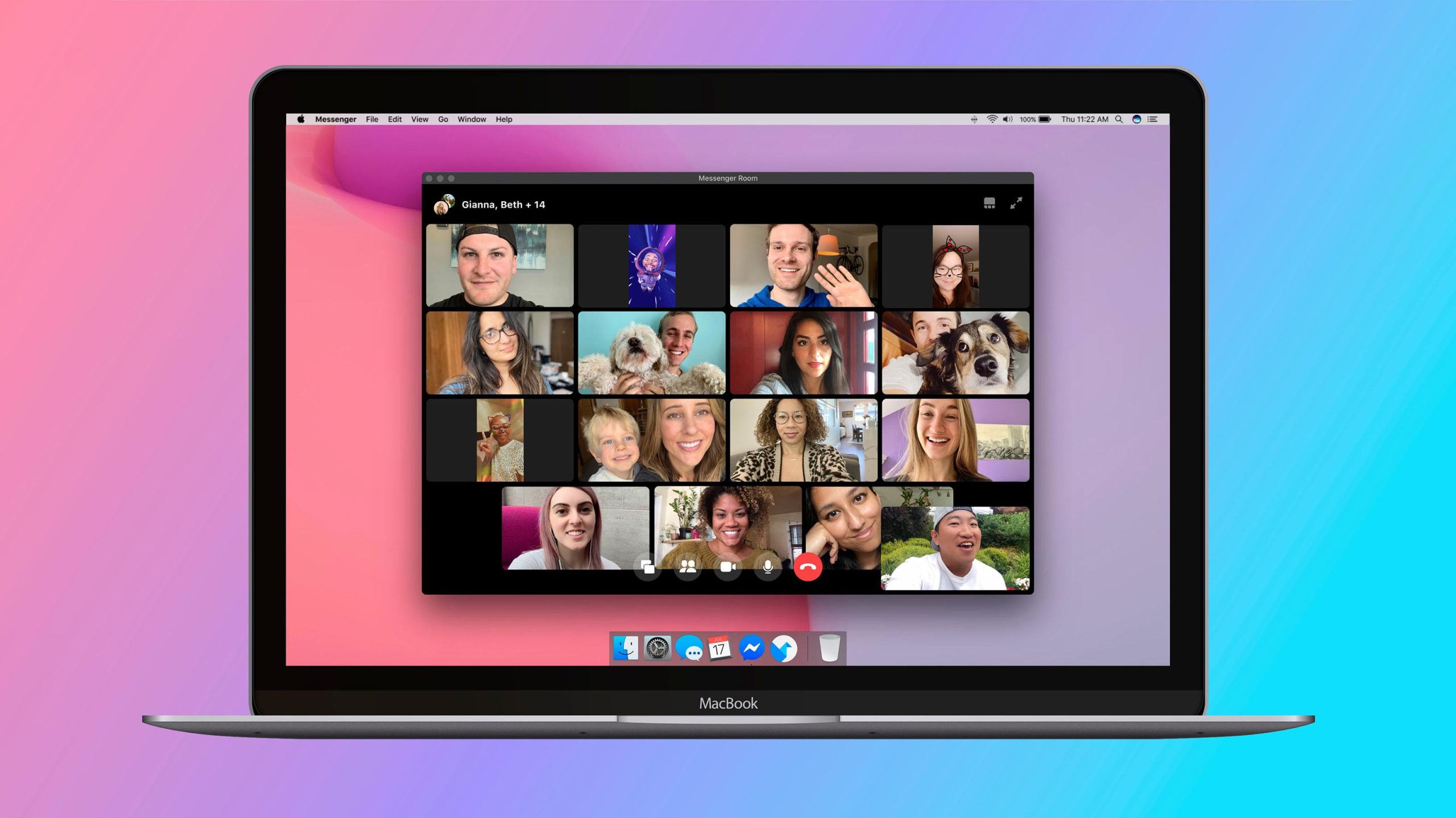 Built right into the social network’s existing Messenger chat and video-call platform, Messenger Rooms will let people host large group video calls. Facebook says Rooms will soon hold up to 50 people without a time limit. A Facebook spokesperson told CNBC that to start, Rooms will have a smaller limit that will vary by user before it ramps up to 50.

By comparison, video-conferencing service Zoom, which has grown massively during the COVID-19 outbreak, lets users host up to 100 people in a video call for up to 40 minutes for free. While Messenger Rooms will only support half as many participants as Zoom, the lack of a time limit could significantly sway users towards Facebook’s offering. Further, by building Rooms directly into its existing platform, Facebook makes it far more accessible to the average user than Zoom.

Additionally, Messenger Rooms will offer features like augmented reality filters for people to add masks to their faces as well as AI-powered features like 360-degree backgrounds and mood lighting.

Interestingly, Facebook Messenger previously supported up to 50 video call participants, but once a call had more than six people, Messenger would only show the video of the person speaking. Now, Facebook says Messenger has a limit of eight people in a video call, but it’s unclear if the six-person threshold for video display is still active.

At the same time, Facebook also announced it would expand WhatsApp’s group call feature to support up to eight participants in a video call. We’ve known this feature was coming for a while now. WhatsApp video calls, thankfully, are encrypted.

You probably shouldn’t use Messenger Rooms

However, as Gizmodo points out, you probably shouldn’t use Messenger Rooms if you can help it.

In part, this is because Facebook’s Messenger Rooms has many similarities to Zoom, including some of the fundamental design decisions that have privacy advocates concerned. For example, Rooms calls won’t feature end-to-end encryption. Zoom doesn’t offer that either, and the company is now facing a lawsuit because of it. Without encryption, Facebook could also listen in on video calls, although the company has promised it won’t.

Further, in an effort to make it as easy as possible for people to join Zoom calls, the company made the default settings quite open. Because of this, as usage skyrocketed with the COVID-19 pandemic, Zoom calls became a popular target for trolls.  Essentially, the trolls would take advantage of the settings to join and hijack calls — called ‘Zoom bombings’ — to share violent imagery or pornography. While Zoom has implemented measures to stop these from happening, there is still a myriad of other vulnerabilities and privacy issues plaguing the service.

Messenger Rooms will reportedly be semi-open and allow anyone to join a call, similar to how Zoom operates. However, we saw how poorly that could go. Messenger Rooms could have similar issues depending on how Facebook implements the platform. Further, if Facebook practices proper oversight, there may not be anything to worry about. Unfortunately, the social network’s track record on oversight hasn’t been great.

Worse, Facebook services have a history of vulnerabilities, bugs and generally questionable designs that allow the company to hoover up incredible amounts of data, such as who is talking to whom. Its new Facebook Portal video chat device is a prime example of that.

Facebook has a history of replicating competitor services within its apps

And if the potential privacy and security problems aren’t enough, consider that Facebook has a track record of copying competitor’s features when they become popular. Then it uses its sheer size to bully other players out of the market. Stories, for example, were ripped directly from Snapchat and disseminated across almost every app in Facebook’s portfolio. The content creation and consumption medium is now ubiquitous across the internet with other services like YouTube building out versions of Stories.

With all that said, Facebook likely won’t kill Zoom. Zoom’s primary demographic has been business for some time, and I expect Messenger Rooms will appeal mostly to consumer audiences. However, considering all the privacy concerns around Zoom, as well as the time limit on calls, consumers will likely abandon it for the more accessible Messenger Rooms.

CNBC reported that Zoom’s stock, which was up about three percent on April 24th, tumbled to five percent down after the Rooms announcement, a further indication of the threat posed by Facebook.