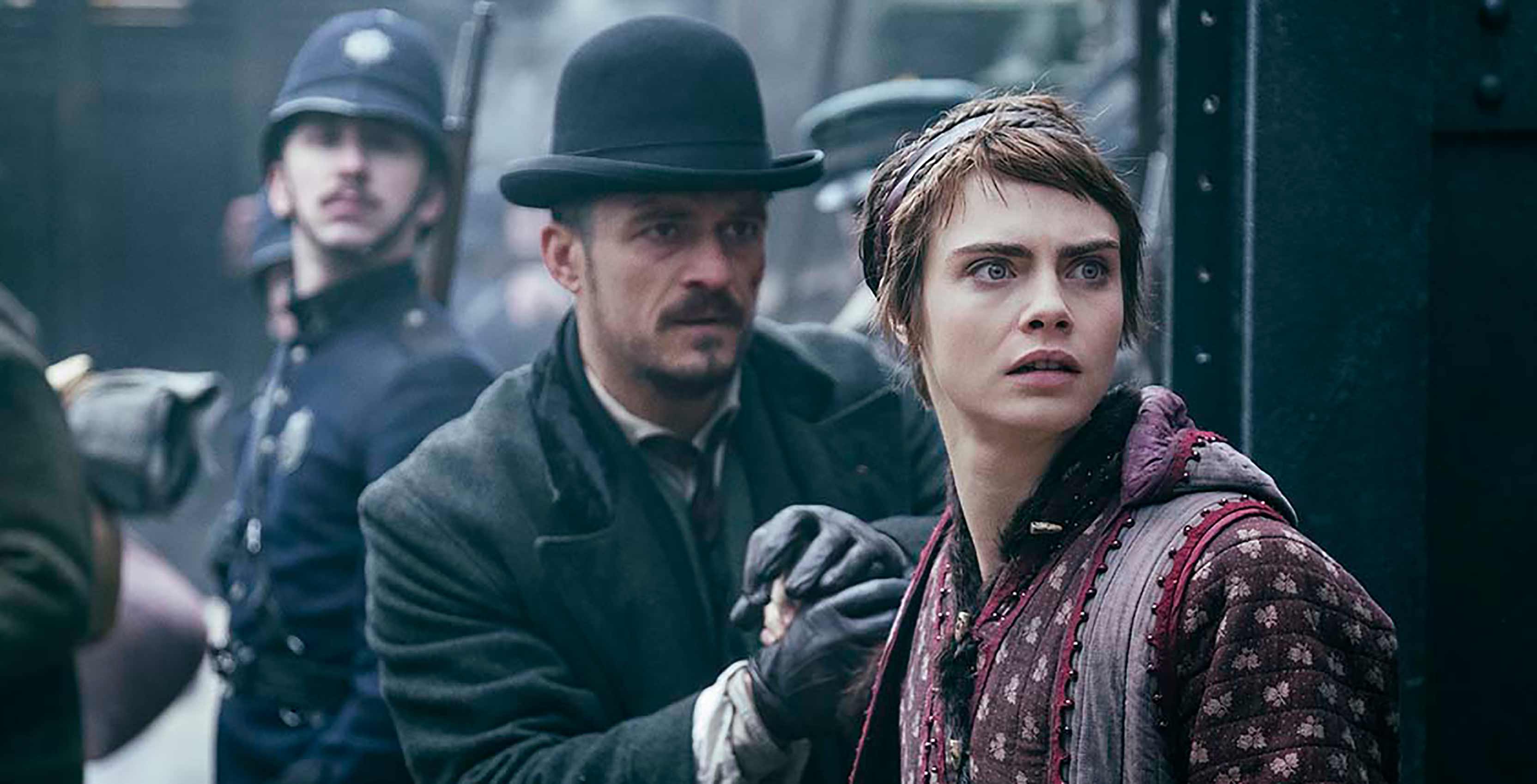 Mythical creatures have escaped their war-torn homeland to a city embroiled in a conflict with immigrants. Meanwhile, a series of unsolved murders threatens to upend the city’s already fragile stability.

Carnival Row was created by Travis Beachum (Pacific Rim) and René Echevarria (Star Trek: The Next Generation) and stars Orlando Bloom (The Lord of the Rings franchise) and Cara Delevingne (Valerian and the City of a Thousand Planets).

The full list of movies and shows that came to Amazon Prime Video Canada this month can be found here.
Meanwhile, September’s content lineup is available here.

Outspoken atheist and podcaster Miles Finer’s life is changed when he receives a Facebook friend request from someone claiming to be none other than God.

How to Train Your Dragon: The Hidden World

In this conclusion to DreamWorks’ acclaimed How to Train Your Dragon trilogy, Hiccup seeks out a dragon utopia called “The Hidden World” as his dragon Toothless grows close to a female Light Fury.

The animated film was written and directed by Dean DeBlois (Lilo and Stitch) and features the voices of Ottawa’s own Jay Baruchel (This Is the End), America Ferrera (Ugly Betty), F. Murray Abraham (The Grand Budapest Hotel) and Cate Blanchett (Elizabeth).

Stream How to Train Your Dragon: The Hidden World here. Note that a $19.98/month Crave + Movies + HBO subscription is required.

The full list of movies and shows that came to Crave this month can be found here. Meanwhile, September’s content lineup is available here.

Set thirty years after the events of Blade Runner, Blade Runner 2049 follows Replicant blade runner K as he investigates a secret that threatens all of civilization.

It’s worth noting that the Oscar-winning film has many Canadian connections. Director Denis Villeneuve (Arrival) was born in Bécancour, Québec, while star Ryan Gosling hails from London, Ontario and co-star Mackenzie David (Black Mirror) is a Vancouver native.

Further, Villeneuve made a point of bringing on fellow Quebecors to handle production design, costume design, FX, and more.

In this prequel series to the beloved 1982 Jim Henson puppet film The Dark Crystal, a group of brave Gelflings inspire a rebellion and fight to save their world.

Former Sheriff Rick Grimes tries to lead a united community of survivors while a mysterious threat known as the Whisperers approaches. It’s worth noting that Season 9 marks star Andrew Lincoln (Love Actually’s) departure from the series.

The Walking Dead is Frank Darabont’s (The Shawshank Redemption) adaptation of Robert Kirkman’s comic book of the same.

The full list of movies and shows that came to Crave this month can be found here. Meanwhile, September’s content lineup is available here.

What are you planning to stream over the Labour Day long weekend? Let us know in the comments!