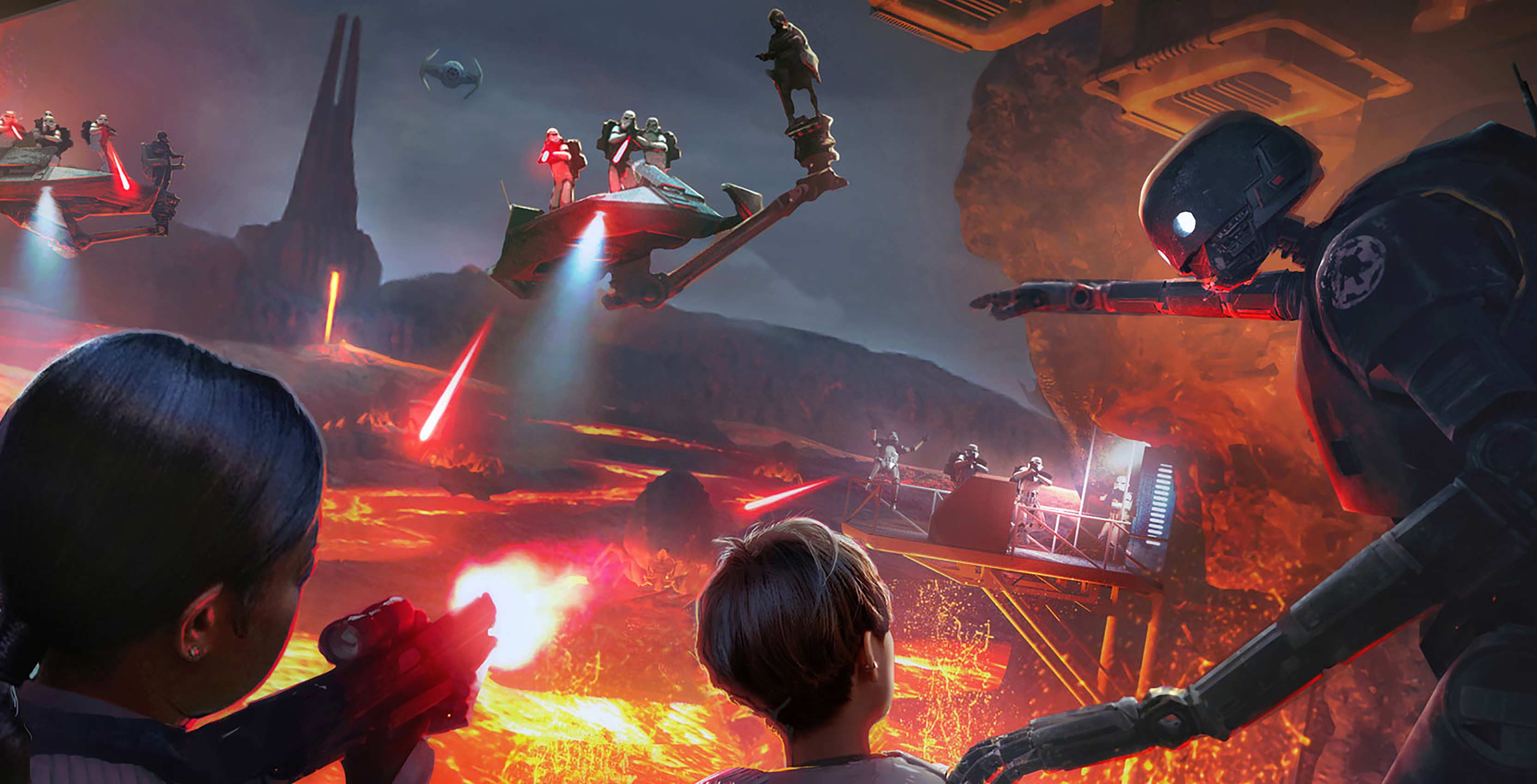 After several months of construction, the Cineplex-owned entertainment and dining hub has re-opened The Void, its whole-body virtual reality experience centre.

The expansion brings the Toronto Rec Room in line with its Edmonton counterpart thanks to the addition of Star Wars: Secrets of the Empire VR experience, which launched in the Alberta city earlier this year.

This makes Toronto’s Rec Room the second Canadian location and the seventh Void centre in North America to offer Secrets of the Empire, outside of California’s Disneyland, Florida’s Disney World and a few other venues in the U.S.

For those who are unfamiliar, The Void experiences incorporate a virtual reality headset with headphones that feature both game audio and chat with friends, as well as connected backpack to provide haptic feedback. At the same time, you’re guided through a series of interconnected rooms that are rigged with several props like fans, vibrating floor panels and heaters to help simulate the environments you’re seeing in the virtual world.

Unlike ‘4D’ theme park rides though, The Void never feels gimmicky. In fact, when used in tandem with the VR tech, these physical elements of the experience really make you feel like you’re inhabiting a fantastical world. By working closely with Lucasfilm’s ILMxLAB immersive entertainment division, The Void has brilliantly used all of this technology to create one of my all-time favourite VR experiences. 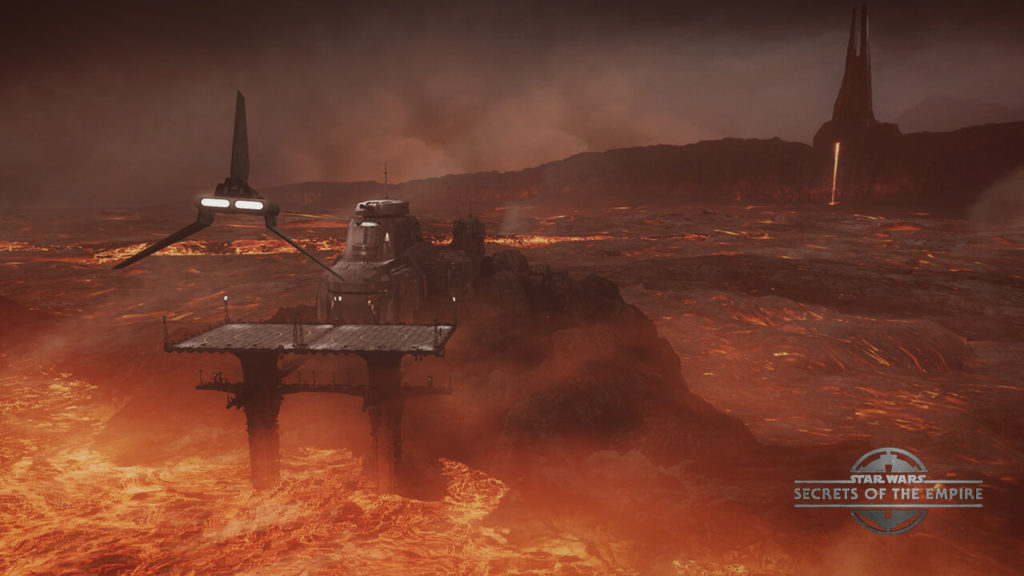 Set between the events of Episodes III and IV, Secrets of the Empire puts you in the shoes of undercover rebels who must infiltrate an Imperial base on Mustafar to recover vital intelligence. Right from the start, the entire experience just feels authentically Star Wars, thanks to rock-solid visuals, excellent sound effects (with a handful of Wilhelm screams, no less) and fun appearances from Rogue One‘s Cassian Andor (Diego Luna) and K-2SO (Alan Tudyk). A certain Dark Lord of the Sith also pops up and is every bit as terrifying as you’d expect when he’s breathing right in your face.

Eventually, you’ll pick up a blaster and shoot your way through hordes of stormtroopers, with your backpack vibrating each time you’re hit for a nice bit of added immersion. Throughout all of this, Secrets of the Empire does a great job in encouraging your team to work together to fight off enemies from all directions.

This is particularly essential in a puzzle section where you’ll have to listen to K-2SO give you a series of codes to punch into a keypad. At the same time, stormtroopers will be charging at you through an adjacent room, meaning you’ll need to communicate well as you split your team between code-cracking and blasting. 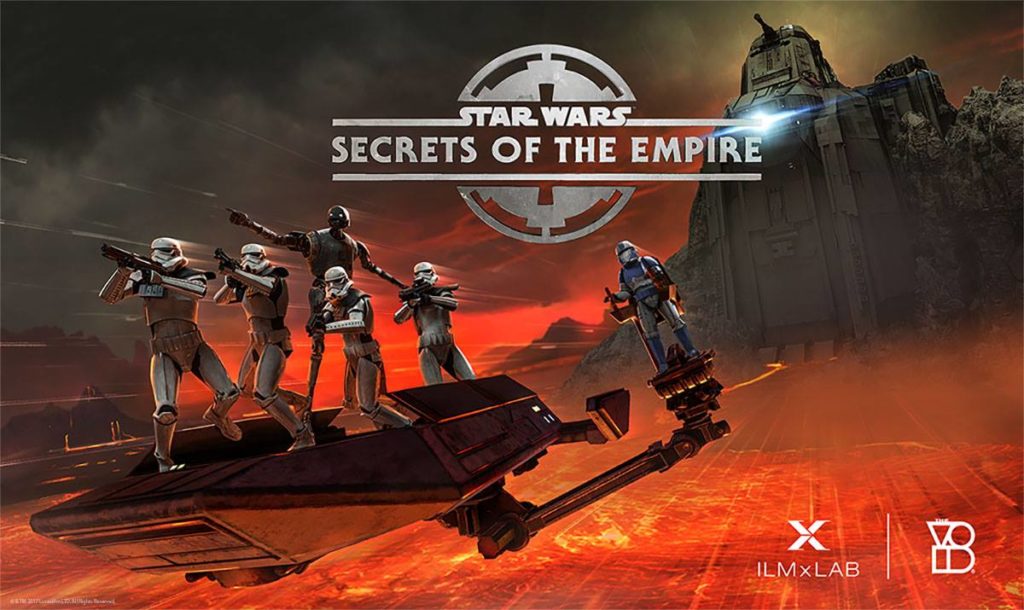 Because is only about 15 minutes (with an additional 15 required for checking in and suiting up) and costs around $30, there are some who might not see the value in it.

However, the environmental immersion, along with the in-person social interaction, make for a truly unique and engaging Star Wars experience that’s absolutely worth trying.

Being not as well versed in Star Wars lore as Brad, I went into Secrets of the Empire knowing very little about how the experience’s story fits into the franchise’s broader universe.

I think that’s okay though, because apart from a few significant story beats and familiar faces (I won’t give away any surprises), the Star Wars series is mostly used as a compelling backdrop to push The Void’s experience forward.

I walked away impressed with The Void’s proprietary headset and haptic feedback vest technology. When a Storm Trooper’s blaster shot managed to hit me, I felt it through a subtle, yet still noticeable vibration in the vest I was wearing. The fact that the experience now features full hand and finger tracking thanks to integration with the Myo armband, is also a welcome addition to The Void. 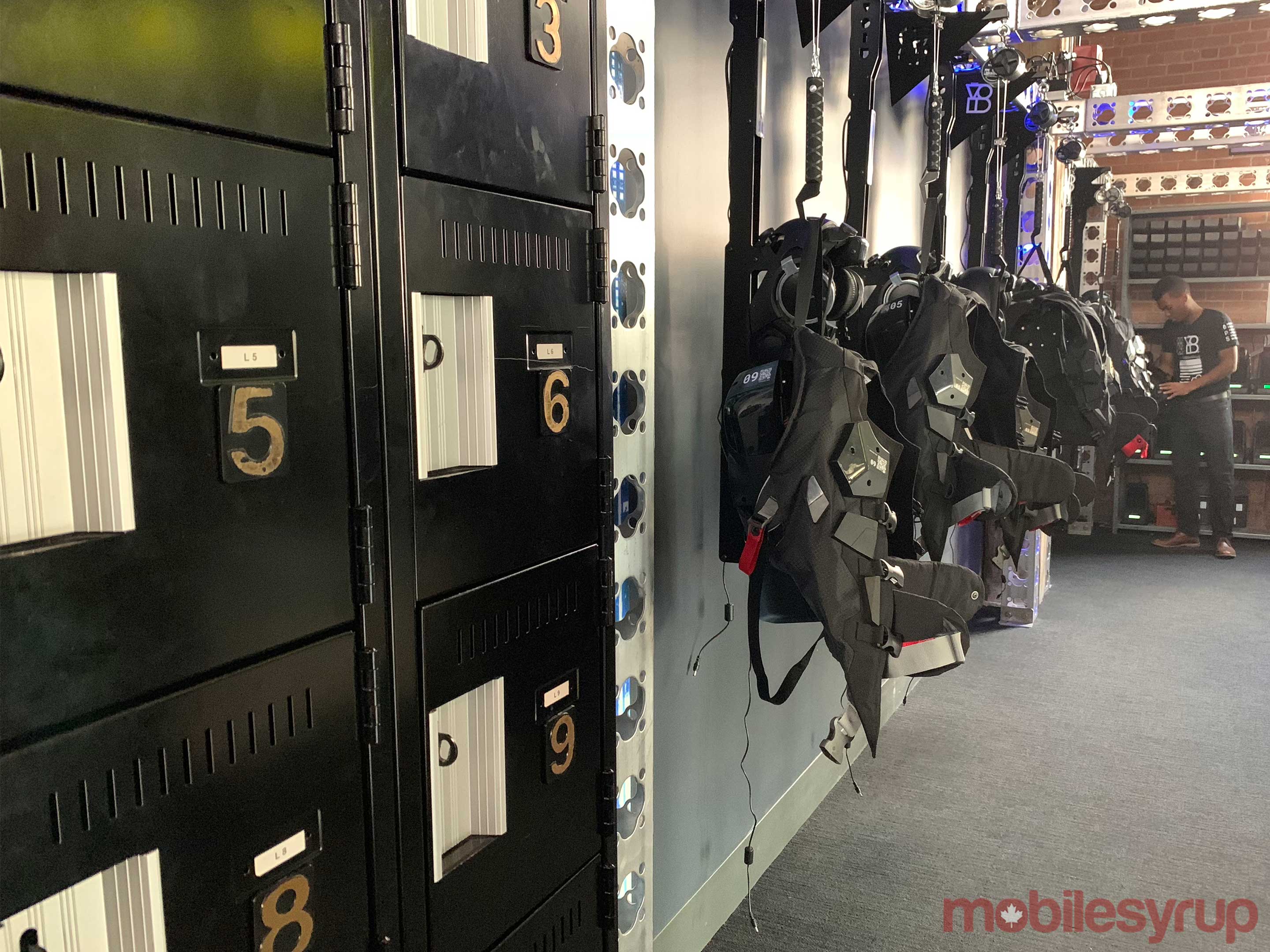 Given that VR has come a long way since I tested out the Ghostbusters experience at The Void’s New York location back in 2016, it makes sense for the company to include technology in The Void that moves beyond the industry’s latest room-scale tracking advancements.

The screen door pixelation effect in the display was very apparent with the Ghostbusters experience I tried a few years ago remains, but has been minimized significantly thanks to a higher resolution screen featured in the headset. It’s unclear what resolution is featured in The Void’s display, but I was told by a representative from the company that it matches the resolution of the screen included in the Oculus Rift (1080 x 1200 pixels per eye).

Further, the headset itself is far more comfortable this time around. Rather than a traditional headset with a rear head strap like with the Rift or Vive, The Void’s proprietary headset feels like a helmet, resulting in it sitting more securely on my head. The same can be said about the more comfortable haptic feedback vest, which is easily adjusted around the chest and waist through four red tabs. 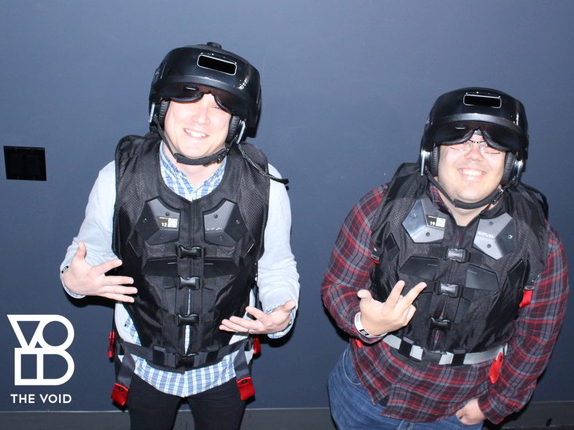 While my initial impressions of the Ghostbusters experience was positive, it felt like I could almost get a more immersive and advanced VR experience at home with either the Rift or Vive, especially following the launch of Oculus’ Touch controllers.

The new, upgraded hardware, coupled with the Star Wars: Secrets of the Empire game, feels like a premium arcade experience that can only be experienced through The Void. Given that this has been The Void’s goal all along with its various experiences, this is definitely a good thing.

Tickets for Star Wars: Secrets of the Empire cost $34.95 CAD per person.

In addition to Star Wars: Secrets of the Empire, The Void’s Toronto centre now features a new version of the Ghostbusters experience. Further, the centre is reopening with horror title Nicodemus: Demon of Evanishment, right in time for Halloween. The Void developed the experience alongside Hellblade: Senua’s Sacrifice studio Ninja Theory, so it’s likely going to be just as entertaining, although we weren’t able to try it out during our session.

Looking to the future, The Void is continuing to work with ILMxLab to develop several other VR experiences, including one inspired by Disney’s Wreck-It Ralph and Marvel franchises. The Ralph Breaks VR experience will be available at all Void locations later this year, while the untitled Marvel experience is expected to come to all centres sometime in 2019.

If you’re not in Alberta or Ontario, fear not — Cineplex is planning to open a minimum of five new Void centres across Canada over the next few years.