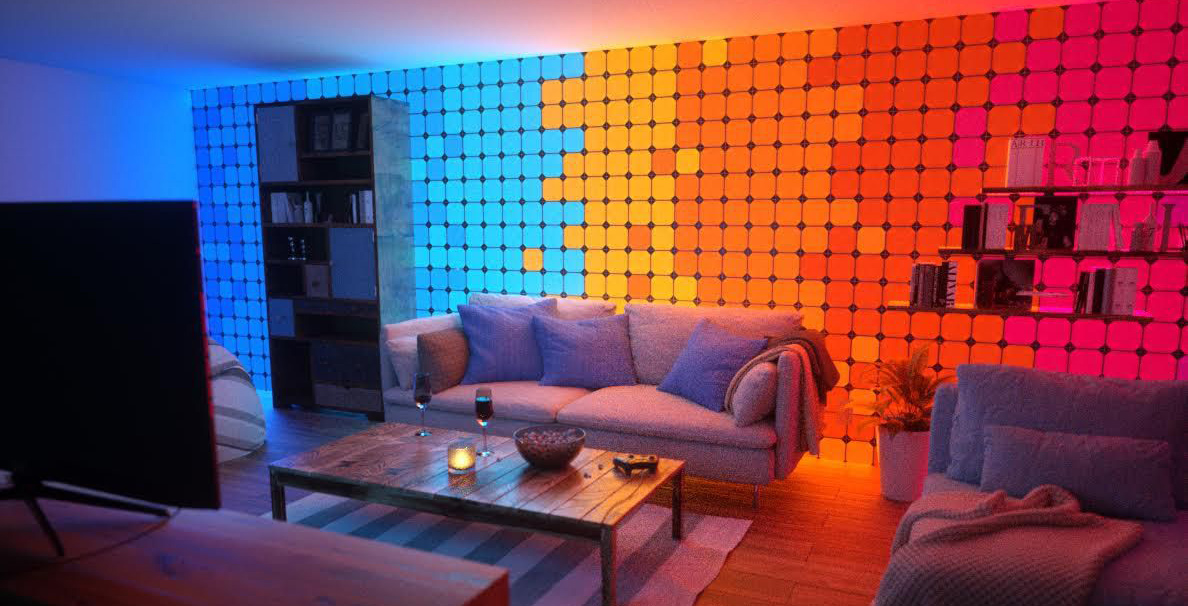 Nanoleaf, a Toronto-based company best known for its Aurora lights (now called Light Panels), has revealed an all-new version of its Light Panel concept that seems poised to be significantly more interesting than its predecessor.

Unlike the current triangular version, these new lights are square and feature a crazy limit of 1,000 panels per base station. You do, however, need a special power booster for every 60 panels.

It seems these new panels are also much more advanced from a technical perspective. Each panel is touch sensitive, allowing them to be turned on/off and dimmed up and down. Colours can also be changed with a simple tap and a microphone built into the lights’ base station, allowing colours to sync to music — you can do the same thing with Nanoleaf’s current light panels through the Rhythm accessory. Finally, the lights feature a motion sensor, allowing them to light up when someone walks past.

The above image shows a sci-fi-looking wall full of Nanoleaf’s new square light panels. Creating a set-up like this would be insanely expensive, but also actually possible now. It’s unclear exactly how much these new light panels will cost, but expect them to exceed the price of its current Light Panel offerings, which come in at $249 for the base level starter kit.

Nanoleaf also showed off a 12-sided dice-like smart Remote yesterday that’s priced at $50 USD ($62 CAD) and is set to be released this spring.