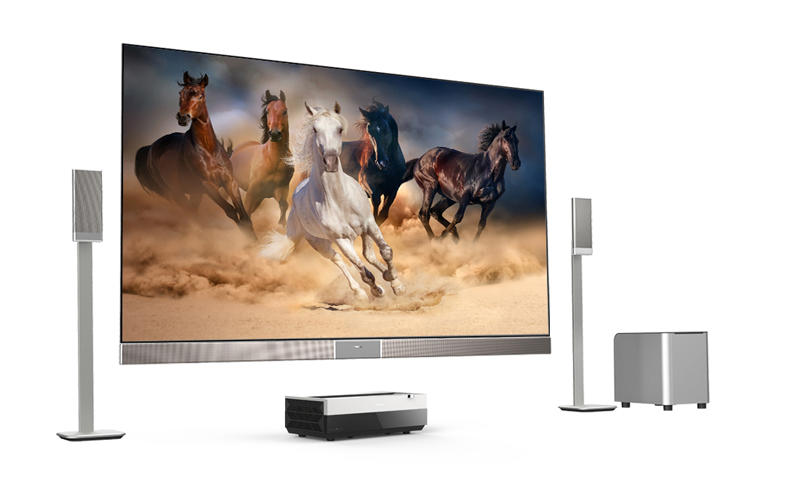 After being absent from CES for a few years, laser project televisions are making a return at CES 2017.

LG was the first to announces one and now Hisense is following suite with its own massive, higher resolution 4K option. The 100H10D television creates a 100-inch 4K image from just a few inches away via projection technology, complete with 2,700 lumens, allowing the TV to be viewable during the daytime.

Hisense calls this HDR compatible technology ‘4K Laser Cast TV’ and is pricing the television at $13,000 USD. The company also showed off  a variety of more traditional televisions at CES 2017, including a Dolby Vision HDR ready 75-inch model that comes in at $2,000 USD.

Most interestingly, however, Hisense is also introducing the H9D Plus 4K ULED Plus smart TV, a television that supports quantum dot wide colour gamut, a key feature to look for when hunting down a viable HDR compatible television option. Hisense’s H9D ULED Plus series starts at $999 USD for the 50-inch model. The lower-end version of the H9D, which is also wide colour gamut HDR compatible, is priced at $699 USD.

It’s unclear what specific television models Hisense plans to bring to Canada, but we’ve reached out to the Chinese television manufacturer for clarification.