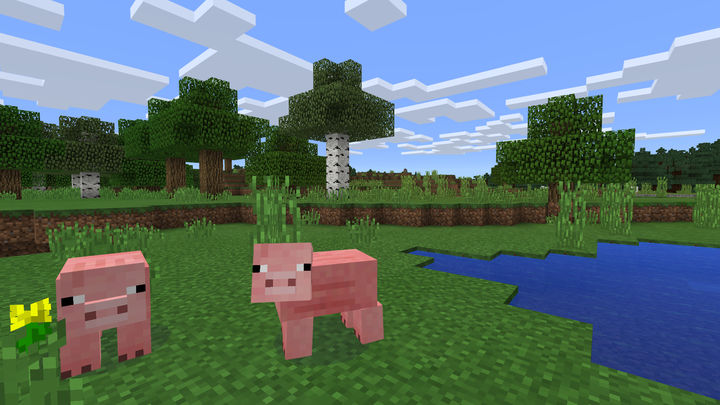 Along with other gaming devices like the Xbox One, PlayStation 4, PC, mobile and even the Wii U, Minecraft is now available for the 4th Generation Apple TV.

Mojang, the game’s developer, says that the crafting- and exploration-focused title is “rolling out in all regions” over the course of today, December 19th.

Minecraft for the Apple TV also includes seven pieces of DLC, including the Town Folk, City Folk packs, as well as other add-ons, though these extra features are only available for a limited time.

The Apple TV version of Minecraft is priced at $27.99 in Canada.

The new Minions x Minecraft DLC is out now