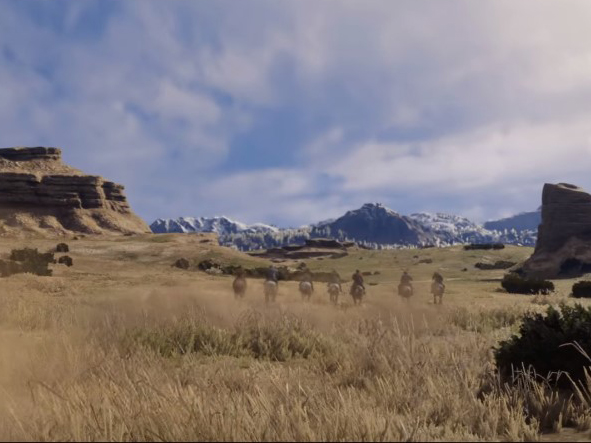 Red Dead Redemption, one of last generation’s most critically acclaimed games, is getting a sequel.

Rockstar Games has revealed the first trailer for Red Dead Redemption 2 after teasing images of the eagerly anticipated game for the last few days via its Twitter account.

“Developed by the creators of Grand Theft Auto V and Red Dead Redemption, Red Dead Redemption 2 is an epic tale of life in America’s unforgiving heartland. The game’s vast and atmospheric world will also provide the foundation for a brand new online multiplayer experience,” reads the video’s description.

The roughly one minute trailer doesn’t reveal much about the title beyond impressive visuals and a gravely voiced narrator saying, “You got to run and don’t look back, this is over.” It’s unclear if the game will take place in the same era as the original Red Dead Redemption, though this is unlikely given that title focused on the Wild West’s final years.

It’s expected that Red Dead Redemption 2 will be a prequel to the first entry in the series set decades earlier. The title is slated to land on Xbox One as well as PlayStation 4.