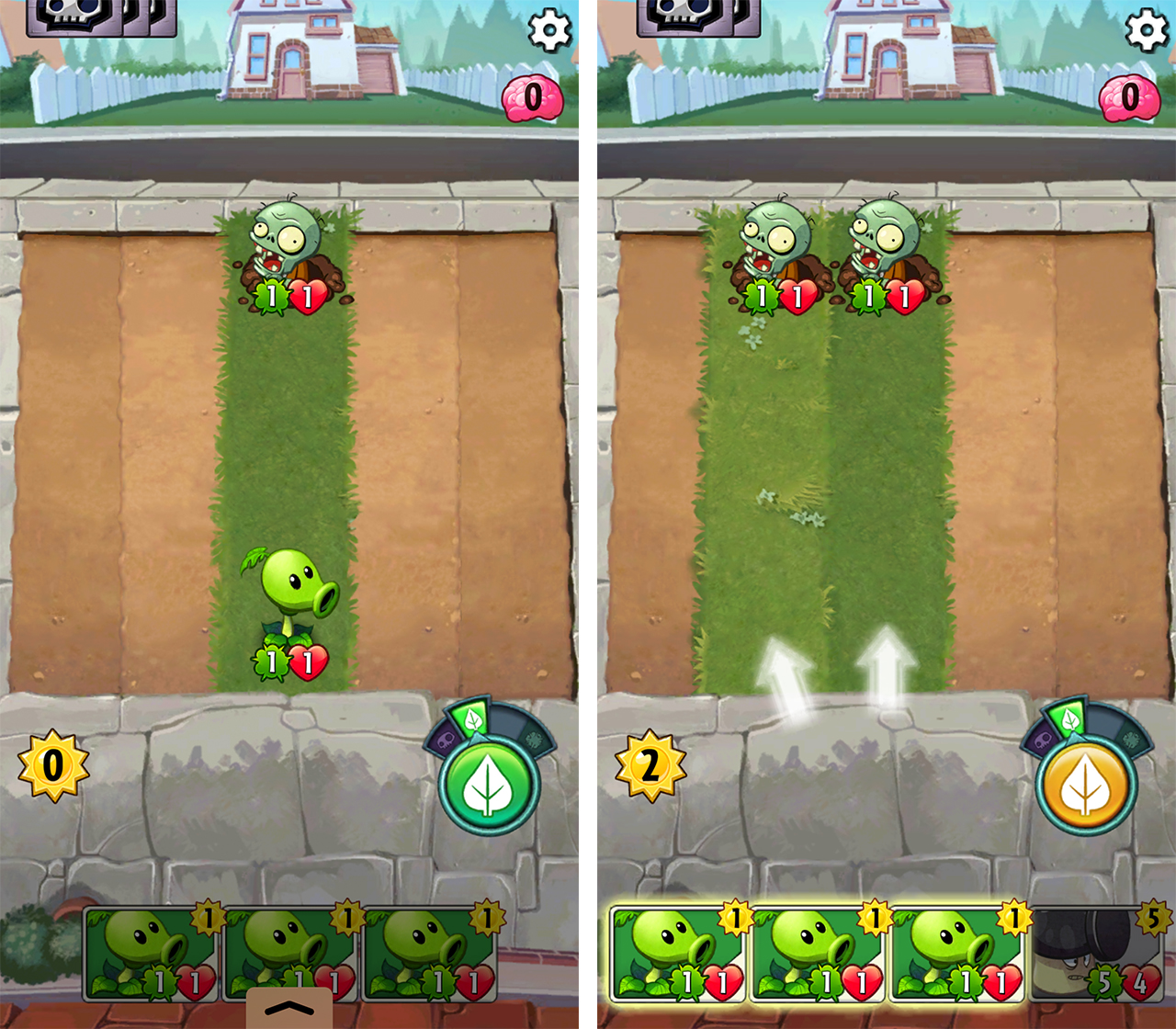 Following the release of Plants Vs. Zombies 2, an often controersial free-to-play entry in the series, Popcap has followed up with a Hearthstone-like card game spinoff called Plants vs. Zombies Heroes

The free-to-play card-based game is now available on iOS and Android. Players build decks of approximately 20 plant or zombie characters, each with their own special abilities. Battles play out in lanes, similar to the original Plants Vs. Zombies, allowing players to use ample strategy to take down their opponents.

The game features a solo campaign that features 400 levels, which is great for those who don’t want to play online. The overall game is very reminiscent of Hearthstone, right down to basic mechanics and crafting, but given how intuitive Blizzard’s monumentally popular digital card game is, it makes sense for Popcap to borrow features from the best.

It’s important to note that just like Plants Vs. Zombies 2, Heroes is rife with in-app purchases, which of course, you can ignore for the most part.

Plants Vs. Zombies Heroes is available on Android and iOS.

Android-Specific Humble Bundle Offers Plants Vs. Zombies, Metal Slug 3 and Others At A Discount

iPhone 12 Review: The one to buy