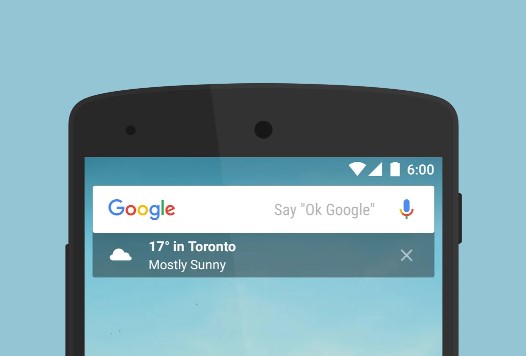 Android users are able to download the new version of the app, 6.6.14.12, now. Within the widget, navigating to settings allows you to enable the Widget option, which makes the search bar appear.

Currently, only a small weather widget appears. The search widget won’t be under the search bar at all times and disappears after only a few minutes, though support for more cards could come to the Google Now pane in the near future.

While simple, this new feature is handy and in some ways reminiscent of Google’s new Pixel-specific skin for Android 7.1.