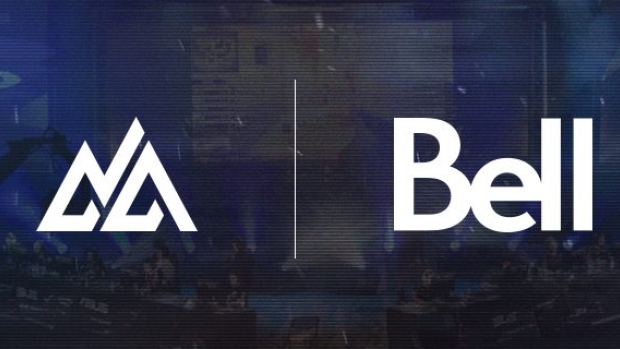 Bell has been named the title sponsor for Northern Arena 2016, according to a recent press release sent by the event’s organizers.

This is Bell’s first appearance as a sponsor at a Canadian eSports event and marks the launch of Canada’s inaugural eSports league.

“Canada has some of the most passionate gamers in the world. Hosting these amazing players at Northern Arena on Bell’s powerful network is a perfect fit and brings Canada to the forefront of the international eSports scene,” said Carl-Edwin Michel, the creator of Northern Arena and co-Founder of the Canadian League of Gamers, in a statement sent to MobileSyrup. “I can’t wait to press play with the Canadian and international gaming elite and kick off Northern Arena’s 2016 competitions.”

The Northern Arena eSports championship, organized by the Canadian League of Gamers, plans to launch two LAN events with 14 invited teams and two open qualifier spots. The qualifying event is set to take place on July 23rd to 24th in Toronto, with the first LAN occurring at Fan Expo on September 1st to the 4th. Northern Arena’s second event will take place on October 21st to the 23rd, with the Montreal-based finals going down on November 11th to the 13th at the 8th annual Canadian Video Game Awards.

Notable eSports teams such as Synthetik Gaming, CLG Red and Selfless gaming are set to take part in Northern Arena’s competition. As it stands right now, it looks like CSGO will be the main focus of the Northern Arena, though a recent press release mentions console and mobile games will be part of events as well.