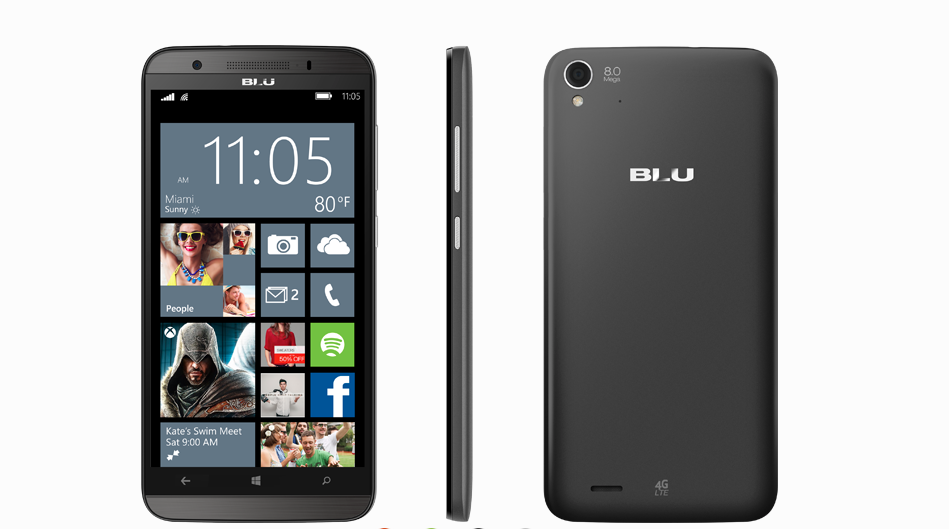 The Win HD LTE, a mid-range Windows Phone from Florida-based smartphone manufacturer Blu, is now available to purchase off contract through the Microsoft Store for $229.

The phone is an upgrade upon the company’s previous Win HD effort.

Besides LTE capability, the Blu Win HD LTE differs from its non-LTE predecessor by having a more powerful Qualcomm Snapdragon 410 processor clocked at 1.2 GHz and a higher capacity 2,500mAh battery.

The phone also comes with a Dual SIM setup, for people that need service from two providers. And the device supports LTE across all of Canada’s providers.