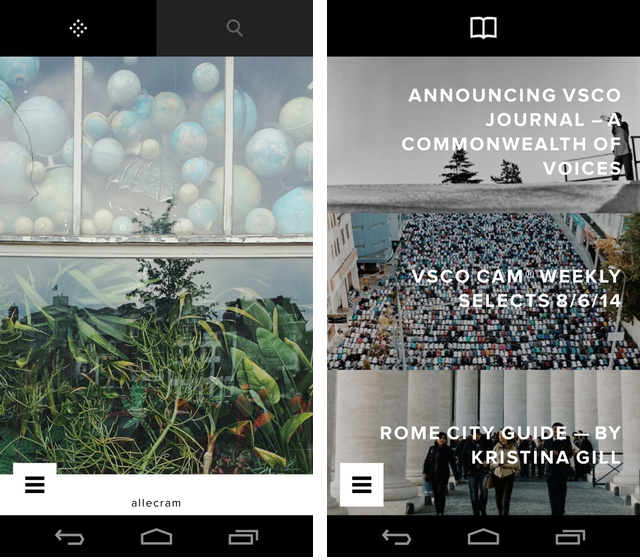 Today, VSCO Cam’s social features are not particularly well developed. There’s Grid, which launched on iOS for users to post their best photos and follow others, but discovery features are limited. Today, Android users get to take advantage of that same curated list of admittedly beautiful photos.

VSCO launched VSCO Cam 3.0 for Android today, bringing the app up to speed with its iOS counterpart. The divisive UX remains, but Android users can now share and display their best photographic shots with others.

Perhaps more interesting is the announcement of Journal, a publishing platform for longform text-photo content in the guise of Hey and Exposure, but with a mobile-first approach. Currently in private beta, Journal complements Grid as a way for content creators to flesh out their photographic stories, joining multiple photos or videos with text-based stories and explanations. In other words, context.

Journal hasn’t launched publicly yet, but the company has shown off what it will look like on the web, and is teasing its inclusion in future mobile updates.