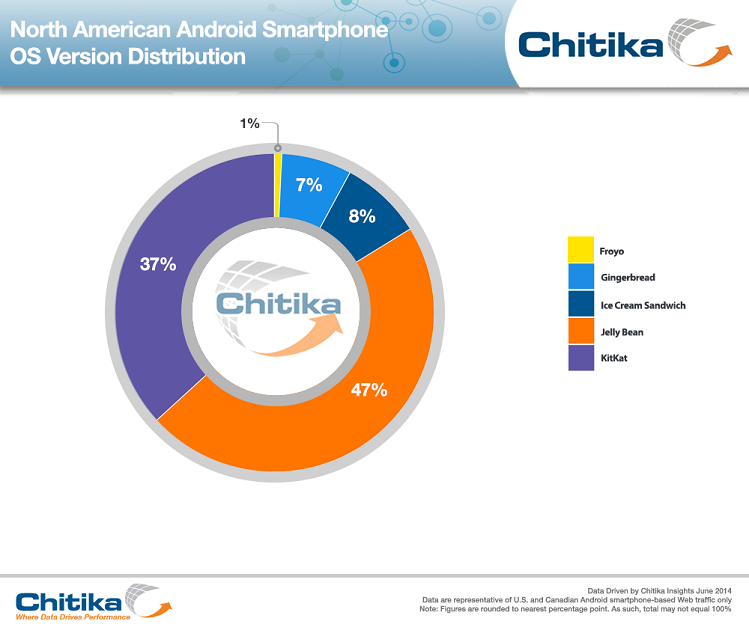 Chitika’s ad network sees a lot of impressions, so it’s a fairly reliable to gauge the types of devices that permeate the North American market.

The company did a survey of tens of millions of ad impressions between the end of May and beginning of June to determine which Android devices were running Android 4.4 KitKat in North America, and the rate is much higher than Google’s 13.6% tally, which is a worldwide number. 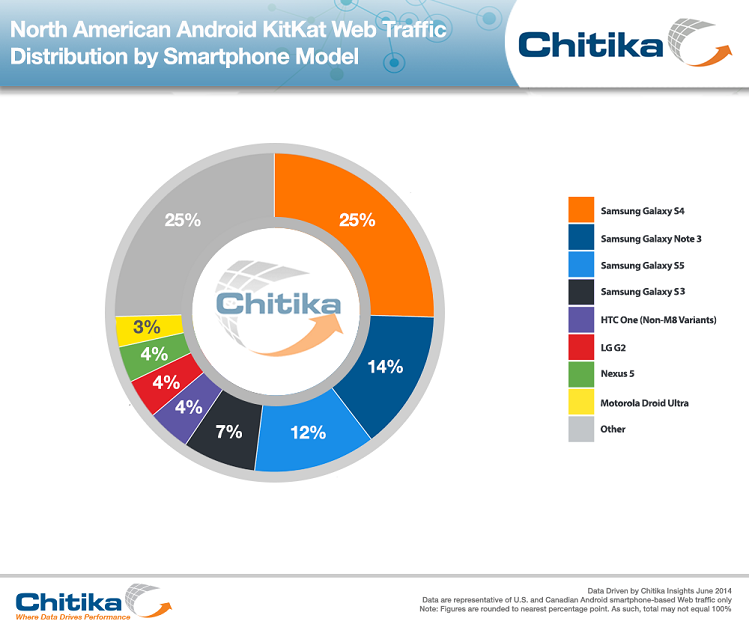 Chitika found that 37% of devices are running KitKat, an increase of 27% since April. The jump is directly correlated to the rollout of Android 4.4.2 for the Samsung Galaxy S4, which singlehandedly comprises 25% of the entire KitKat device ecosystem in North America, followed by the Note 3 and, surprisingly, the Galaxy S5 at 12%. The most popular non-Samsung devices, at 4% each, are the HTC One, Nexus 5 and LG G2.

It shows Samsung’s utter dominance in the smartphone market that even with only 39% of its total devices upgraded to KitKat, it still makes up the top four devices in the category (the other one being the Galaxy S3, which still hasn’t been updated to 4.4 in Canada but has in the US). 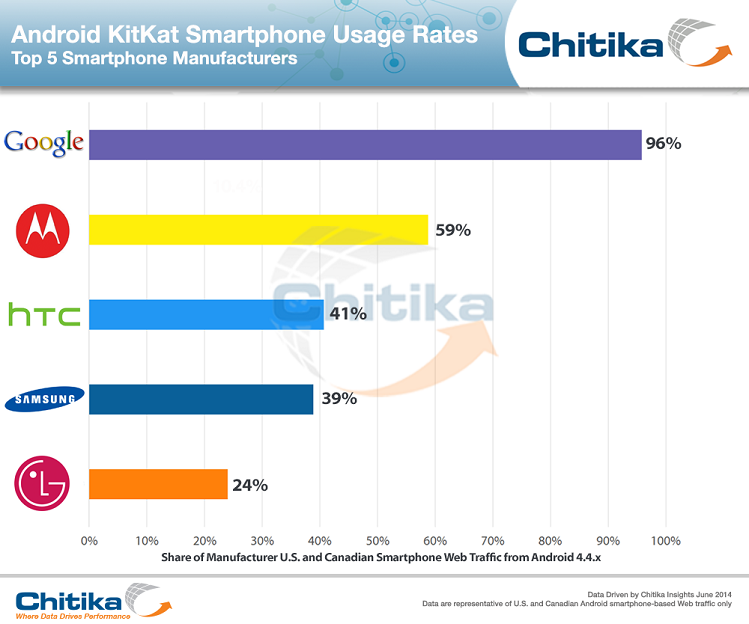 Google’s Nexus devices have a 96% upgrade rate, while Motorola’s lineup has a respectable 59%. HTC is slightly ahead of Samsung at 41%, while LG’s number is a pitiful 24%. Let’s hope all companies make 2014 the year they honour their upgrade promises, especially for lower-end devices.

iPad accounts for 94.64% of all tablet web traffic: Chitika