Wikipedia’s official Android app gets a native redesign, and it looks great 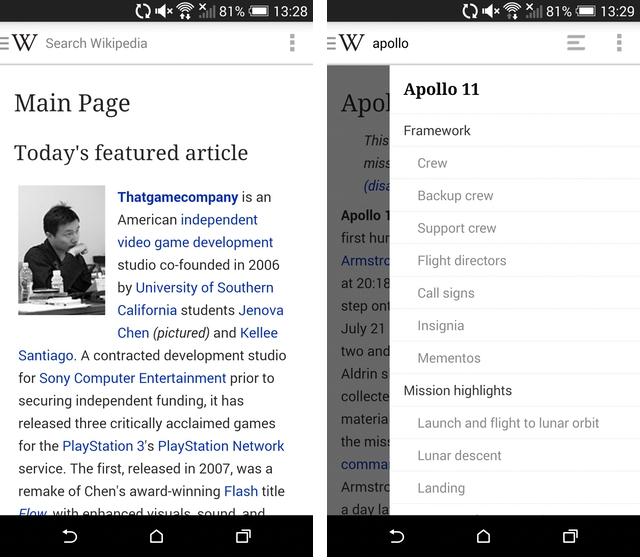 Wikipedia’s official Android app had, until now, been a poorly-performing HTML5 web view impersonating a real app. Well, no more.

The Wikimedia Foundation has finally redesigned the app’s interface, which is now build natively for Android devices. It uses both left- and right-side navigation, the former to access various app features, and the latter to quickly progress to sections within individual articles.

The app now also supports in-article editing, so frequent contributors can make quick changes on the go (or troll friends and family without opening a laptop). Search has been significantly improved, and the app even supports Wikipedia Zero, the Foundation’s carrier-supported feature that bypasses data usage while using the service (though no Canadian carriers have signed on at this point).

While there is no shortage of third-party Wikipedia apps on Android, it’s nice to see the non-profit finally pushing to reclaim the space itself. The app is currently in beta, and can be installed alongside the current version, but will roll out to all users in the coming weeks.