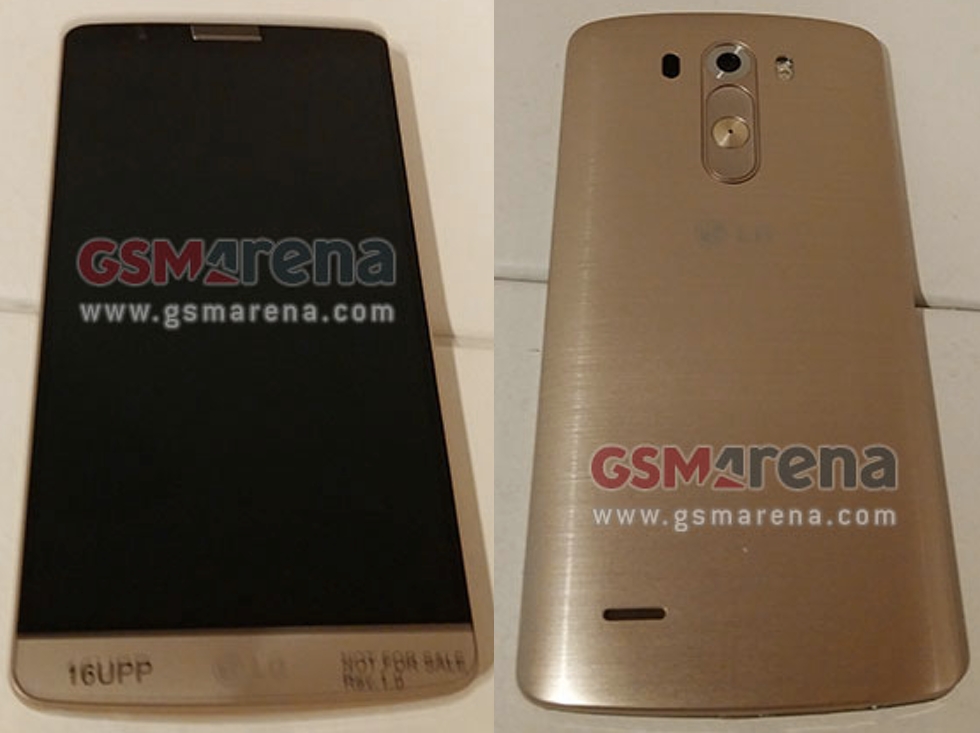 LG’s upcoming G3 is going to look a lot like its predecessor, the G2. Expected to sport a more powerful processor, a higher-resolution screen and massive improvements to the camera module and Android software, LG is trying to differentiate the exterior of the product in other ways.

According to photos released to GSM Arena, LG may offer the G3 in a metallic-brushed backing (which will likely be plastic, if indications of a removable battery hold true) in a number of colours, including gold.

In addition to a slight redesign of the rear volume/power area, the device may come with a low-powered laser for improving autofocus. According to GSM Arena, “it is a laser beam that is intended to help the camera produce better night shots.” Low-light performance has been an area of serious focus for smartphone manufacturers, as the limits of sensor sizes make it difficult to capture a sufficient amount of light for low-blur or grain-free photos.

All will be revealed on May 27th in New York, so stay tuned.