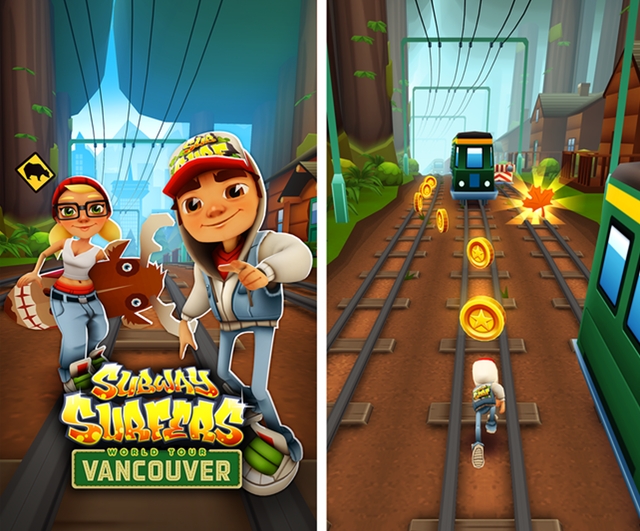 Geography and content are meeting in Canada this week as Subway Surfers, the popular free-to-play rails title, adds a new Vancouver section to the game.

The Temple Run-like swipe-and-jump title has been updated across iOS, Android and Windows Phone to include a new Vancouver section, where Olivia, “the spirited girl scout,” paints trains and admires the scenery across the city. There’s also a new Moose board to win (or pay for), if you’re so inclined.

The game has proven to be immensely popular, continuing to be one of the highest-grossing titles on both iOS and Android. The latter platform states it has been downloaded between 100 and 500 million times.