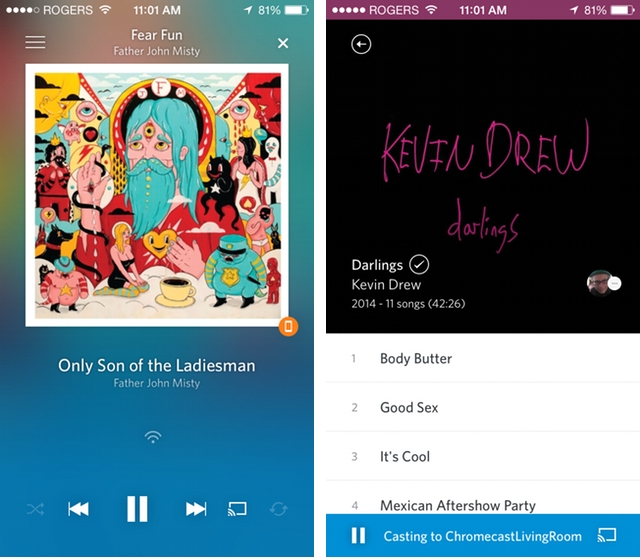 After promising support for Google’s streaming HDMI stick, the company has stayed true to its word, though the implementation is a little bit finicky: it’s currently impossible to scrub through an individual track, and the iOS Control Center does not recognize commands to the Chromecast (unlike AirPlay, which works perfectly).

That being said, the Rdio interface for Chromecast is much nicer than the equivalent Now Playing screen on AirPlay, and we’re hoping Rdio improves the functionality in upcoming releases.

The update also brings a new look for album headers, dynamically choosing a colour for the status bar at the top of the iPhone or iPad depending on the album’s artwork. It’s a small but nice feature, and definitely adds to the look of the app as a whole.