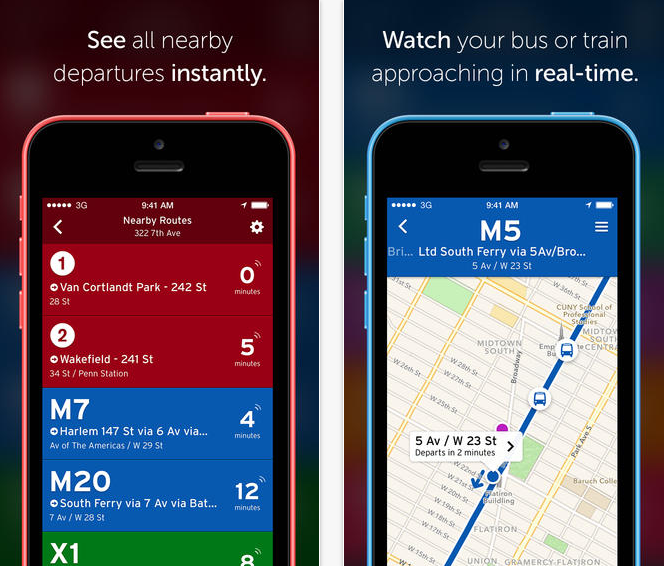 The competition for best transit app is relentless. A few weeks ago, we told you about an update to RocketMan, which overhauled its interface for iOS 7 and added a number of great new features.

Today, Montreal-based Transit App has done the same, releasing version 3.0 of its popular route-picking iPhone app. Along with a brand new interface that makes it much easier to get around, signage within Transit App is much easier to decipher. For instance, users previously had to hold their finger down on a link to see the next three upcoming bus or streetcar times; now, it’s a single tap on the route name.

The team has also improved the app’s offline mode, something that recently arrived in the 2.0 Android release, claiming that it takes up 20 times less space on the iPhone’s internal storage. 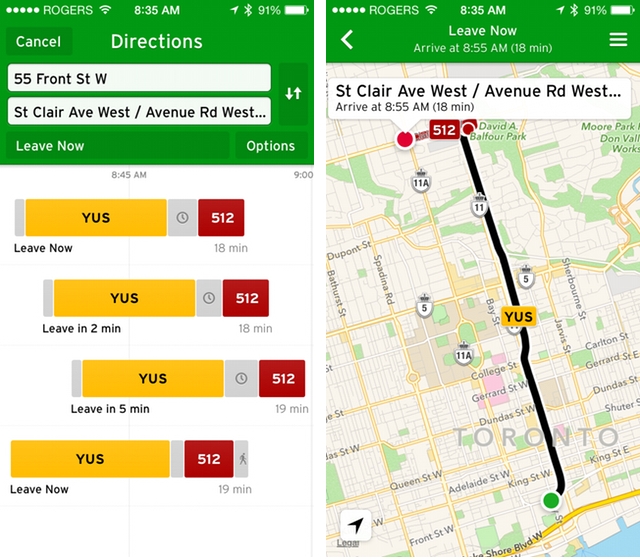 There’s also a new “minimize walking” mode, which uses all available routes and transit options to determine how best to get where you’re going without using your pretty little legs. While it’s on by default, it may lengthen the route, so keep that in mind.

Finally, Transit App has taken a page from Google in allowing users to save home and work addresses in the app, so it’s no longer necessary to type in your whole home address when working out how to get somewhere.

Transit App continues to be a free product, and works in most major Canadian cities, including: