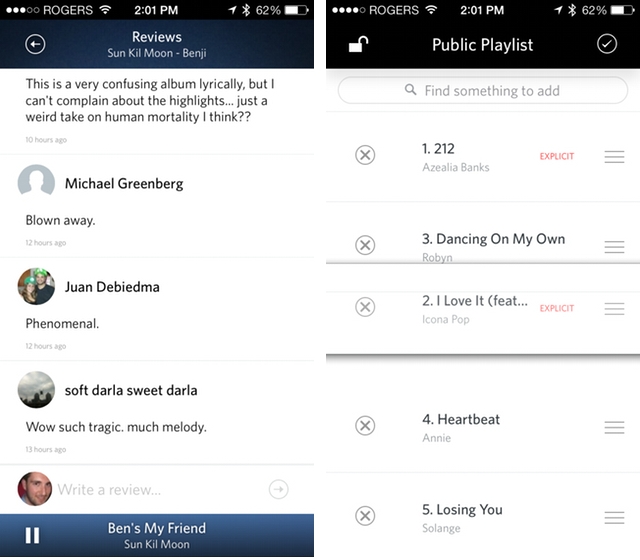 Shortly after the company launched Stations and Recommendations on the web, they were added to the iOS and Android apps. Then came the ability to see what your friends are listening to; after that, the ability to read reviews.

Now, the $9.99/month streaming music service — arguably the most feature-rich of those available in Canada — has added the option for iOS users, and soon Android, to edit playlists and write reviews.

Playlist editing is fairly easy: just tap the settings button at the top right of the screen while browsing a homemade set of tunes and drag or delete to your heart’s content. Similarly, underneath the list of user-added album reviews an input box is present for you to write your own opinions.

Rdio claims the same features are soon coming to Android, which is usually lock-step with iOS, but more recently has fallen a cycle or two behind.