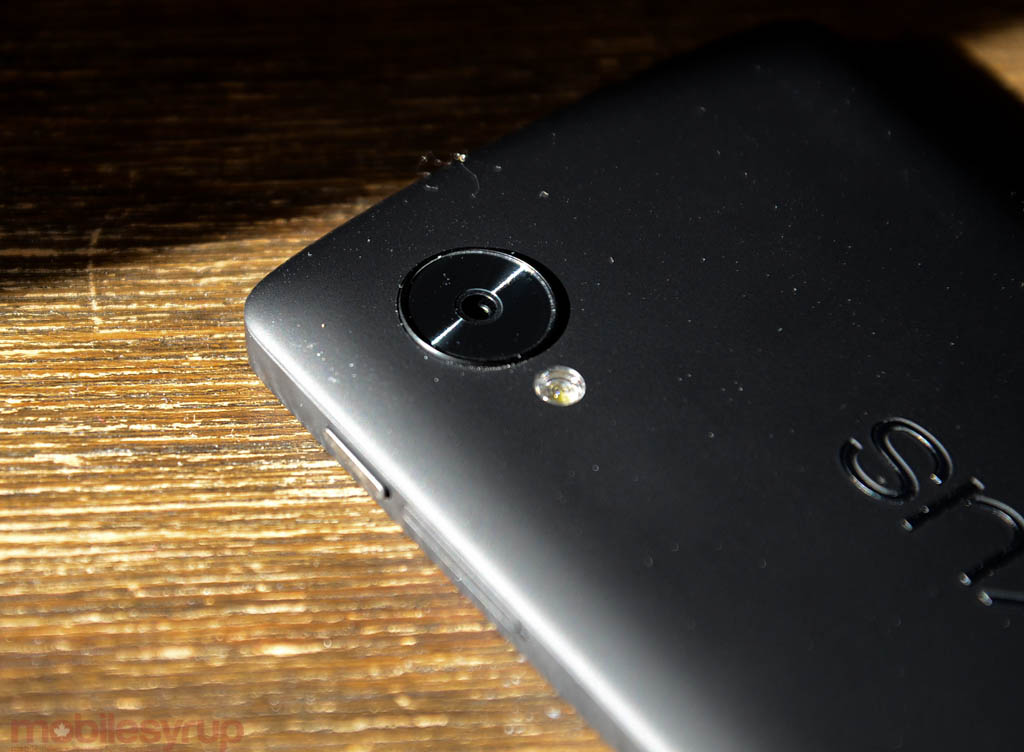 Over the next few days, Nexus 5 owners will receive an update that will change the way they feel about the phone.

Barely a month after the release of Google’s latest, customers have been clambering for an answer to one of the device’s most vexing questions: why the heck does the Nexus 5 take such bad photos? It was an issue I consistently experienced over the duration of my review, and keeps me from feeling comfortable taking candid shots during the day.

Though the low-light situation fares better than its Nexus 4 counterpart, the Nexus 5 tends to keep its shutter open for too long, too often, leading to blurry photos and inconsistent results.

Based on a report by The Verge, Google will roll out Android 4.4.1 to Nexus 5 users in the next few days, focusing (ahem, excuse the pun) almost exclusively on improving camera performance. Shots will be more contrasty, with improved vibrance and less sharpening, and focus times will be dramatically improved. The former issue was understandable — more true-to-life results are appreciated — but the latter ruined more photos than I can count.

According to Dave Burke, Director of Engineering at Google, the issue came down to tweaking how long the shutter stayed open in different lighting scenarios. The team initially thought the optical image stabilization, which is built into the Nexus 5’s hardware, would prevent blurriness, but it didn’t compensate enough for the software’s tendency to force the shutter to overstay its welcome.

Android 4.4.1 should also fix some lingering performance issues and improve battery life, another point of contention with early adopters. We’ll have to wait and see whether the calling problems — likely a few cobwebs in the radio firmware — are ironed out as well.

Update: Well, well, well. Google seems to be pushing this update out quicker than we anticipated. Nexus 5 owners can begin mashing the “Check for update” button as soon as today, and the company promises improvements to the camera, “with faster focusing, especially in low light, faster white balancing, for truer colors, the ability to pinch-zoom the viewfinder in HDR+ mode and less shutter lag,” according to a Google+ post.

Update #2: The OTA .zip file is now available for sideloading on your Nexus 5. You’ll need to have the Android SDK installed and know your way around ADB command lines, but it’s pretty easy to do.

Android Central has a great, easy-to-understand guide to sideloading OTA .zip files, so have at it, and good luck!