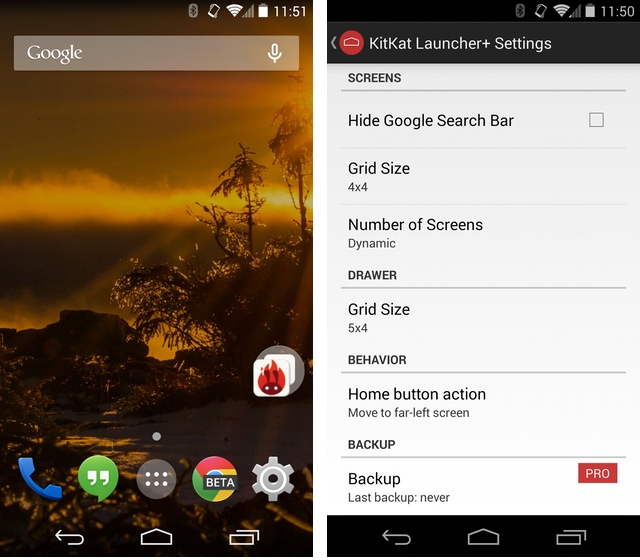 There’s a new launcher in town, and it brings the KitKat aesthetic to any device running Ice Cream Sandwich and higher.

Based on the Android Open Source Project version of the Android 4.4 launcher, KitKat Launcher+ offers what one would expect from a modern Android homescreen, and adds a few extra tweaks for good measure. While Nexus 5 users will miss the “Google Experience” aspect of it, namely the ability to swipe left to reveal Google Now — that feature isn’t part of AOSP — the ability to tweak largely makes up for it.

KitKat Launcher+ lets you hide the Google Search bar, change the number of icons on the screen at once, manually adjust the number of home screens, and, for a small fee, lets you back up and restore your home screen icons when moving to a new device.

While Nova Launcher, Action Launcher Pro and a few others promise to offer KitKat features to older devices, KitKat Launcher+ presents a simple taste of what’s to come.