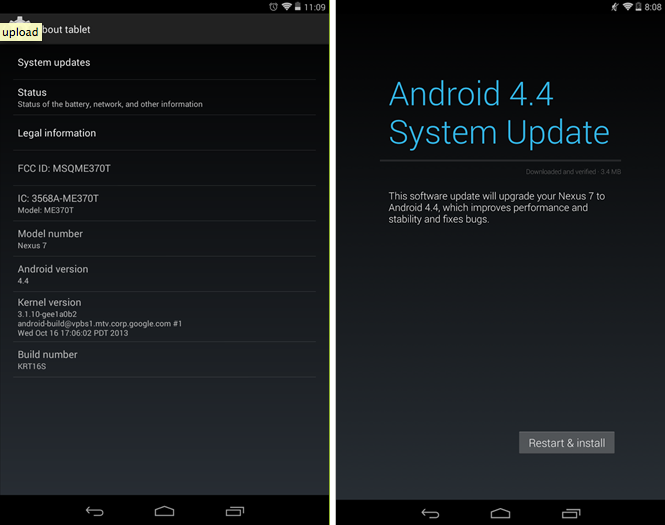 Google has released a quick bugfix update for older Nexus devices, bringing the Nexus 4, Nexus 10 and all Nexus 7 models (last year’s and this year’s, WiFi and cellular) to build KRT16S.

While it’s possible the Nexus 5 will receive the same build in the near future — it is still on KRT16M, the day one update that was released when it shipped — it hasn’t been yet.

KRT16S is a small 3.4MB boost, and should fix only the immediate issues that cropped up after the initial update to KitKat last week.

Not only has the update already begun rolling out as an OTA, but Google has boosted the factory images of all affected devices to the same source code.

Has your device received the update to build KRT16S?