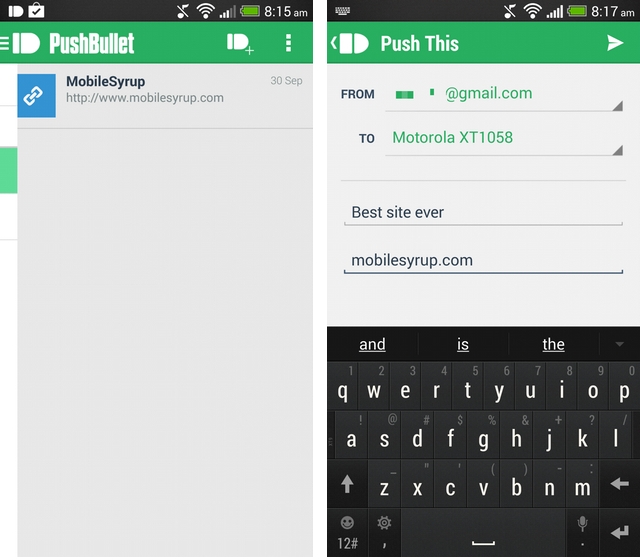 One of Android’s most useful apps for push notifications has been given a spit shine and an important new feature.

PushBullet, the versatile Android app-web service combo allows users to push anything, from files to links to pictures to a shopping list, to an Android smartphone. Previously it was only possible to do this from the web to a smartphone, but in the latest version the developer has added device-to-device pushing.

The functionality is currently limited to web addresses or simple messages, but it seems likely that it will be expanded in a future version, as the infrastructure is now in place to make it happen. The new UI is impressive, utilizing a pleasant green and white palette and a left-side sliding menu.

Because PushBullet also offers Chrome and Firefox extensions, sending pertinent web links to a variety of device is extremely easy. Now, it’s possible to do the same thing from one device to another. There’s also an API for developers to utilize in their own apps.