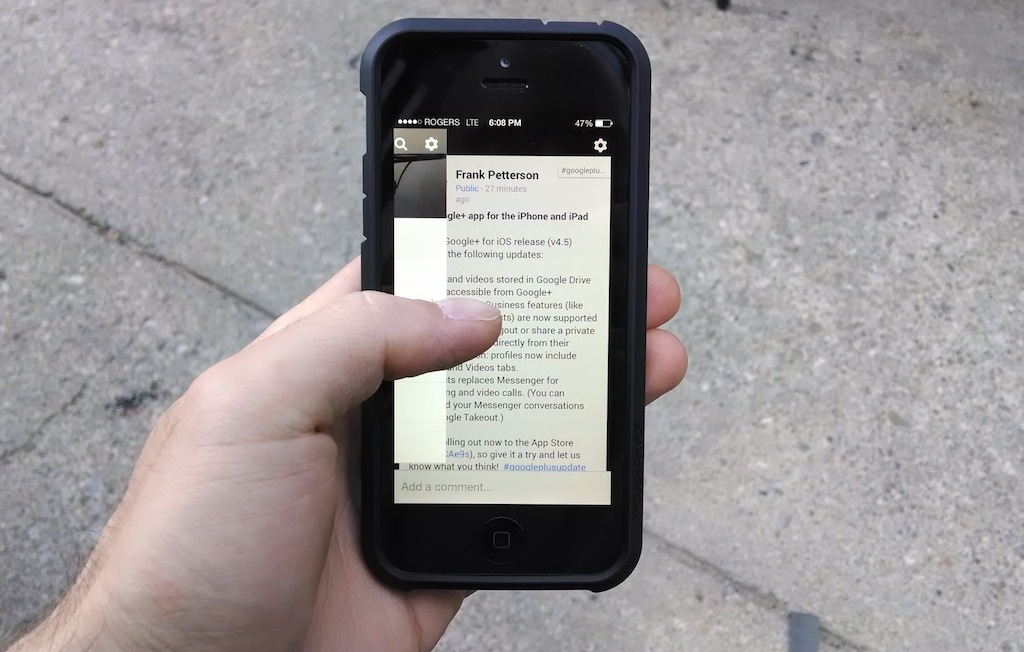 Google has updated its iOS Google+ app to align itself with the newly-released Android version.

To that end, the company has added photo sharing from Google Drive, bringing another method of editing photos alongside the service’s increasingly-popular cloud storage offering.

Also changed is the Messenger part of Google+, opting instead to bring users to the Hangouts service that launched at Google I/O this year.

Lastly, though it isn’t mentioned in the changelog, are stability improvements, especially for those running iOS 7 beta versions. Previously, automatic photo uploads were broken and certain parts of the app did not render properly. These appear to have been fixed.