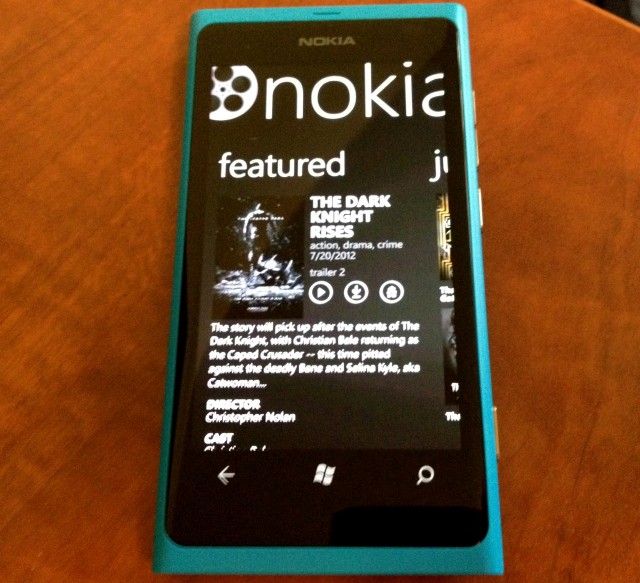 Nokia has been steadily releasing exclusive apps to augment its excellent and popular Windows Phone devices. The latest of which is Trailers, a simple-but-awesome app that allows you to, yes, watch film trailers on your smartphone.

Not only that, but you can download trailers to your device for offline watching; yes, people watch trailers more than once (at least I do). The features don’t end there: the apps lets you add upcoming films to a watchlist for reminders when it’s released, and the live tile updates regularly with new material.

It’s a simple app with a small premise, but like all Nokia-built Windows Phone apps, it works extremely well. Worth a download.