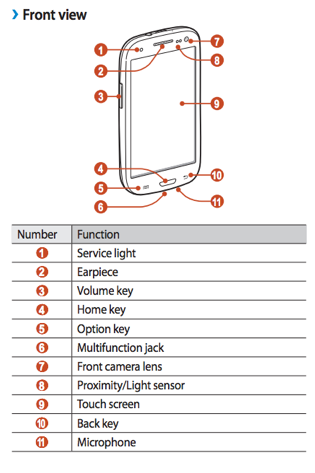 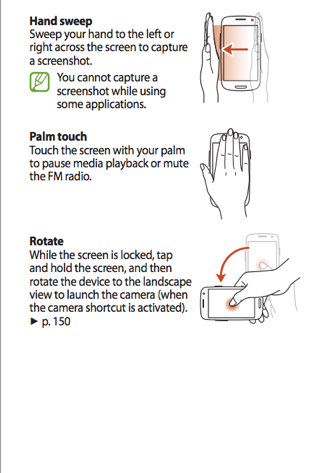 We’re two weeks away from the international launch of the Samsung Galaxy S III and some new features and gestures are coming to light by way of a leaked user manual. At 181 pages, much of what’s inside is not even worth glancing at, but there are some gems hidden within that divulge a bit more about the phone’s “human-focused” software.

Previously unnannounced gestures such as “Palm touch” are to be used to pause media playback or mute the FM radio, while “Hand sweep” involves moving your hand from left to right to capture a screenshot.

Then there are the previously-known gestures/features such as picking up the phone to be notified of a missed call or SMS; or holding the phone to your ear to initiate a phone call when on the person’s contact or messaging screen.

To check out all 181 pages, or just a select few, head on over to Samsung.