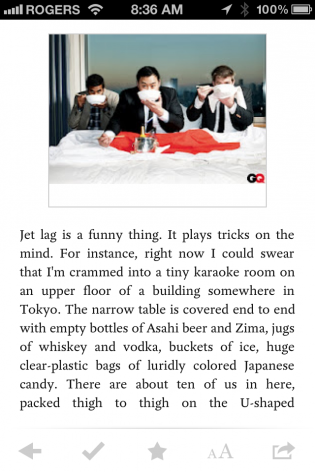 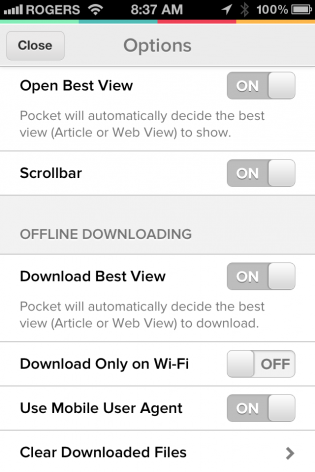 Pocket, formerly Read it Later, has exploded in popularity since it rebranded and went free. The interface is arguably the best of the three “cull the ads” apps which include Readability and Instapaper. Pocket also supports an API for software developers to include in their apps, such as Tweetbot.

The app has recently been updated to version 4.1, adding much-requested horizontal pagination and better viewing options. Contrast levels have been improved in the Dark Mode, and larger font options are now available. The app also intelligently detects URLs added to the clipboard, turning them into saved articles without intervention.

The update is only available for iOS right now, with the Android version coming in just a few days.

If you haven’t tried Pocket yet, and are caught in situations where you want to save articles to read at a later date, pick it up free from then App Store. It is also available as a browser plugin.