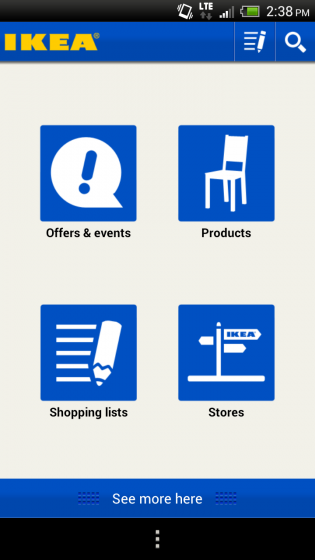 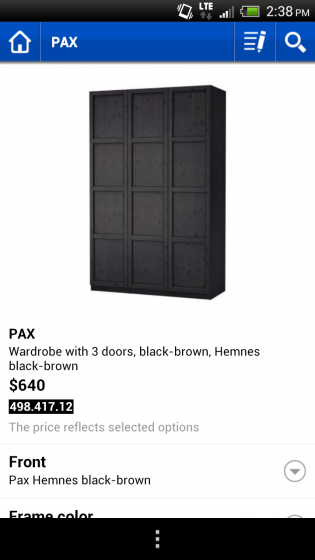 Ikea has launched its “On the Go” app in Canada, one of three countries the company has chosen to pilot, because it has found that nearly 10% of its web traffic was coming from mobile devices.

Ikea has launched the app in only three locations as a trial, as mobile traffic increased 250% in March 2012 from the year before. Available for Android and iPhone, the app allows you to see the company’s full catalogue broken down by category, check whether that item is in stock, and even create a shopping list that is based on the popular paper-and-pencil version you find in the store.

The app is clean and usable with a sparse white-and-blue interface. It hews pretty closely to the Ice Cream Sandwich design guidelines and is a great companion app for anyone who frequents Ikea, or just wants to check what that bookshelf costs new while you browse Craigslist.

The company’s catalogue has been available for iPhone, iPad and Android for a while now.

Check out IKEA’s mobile app on iOS and Android.