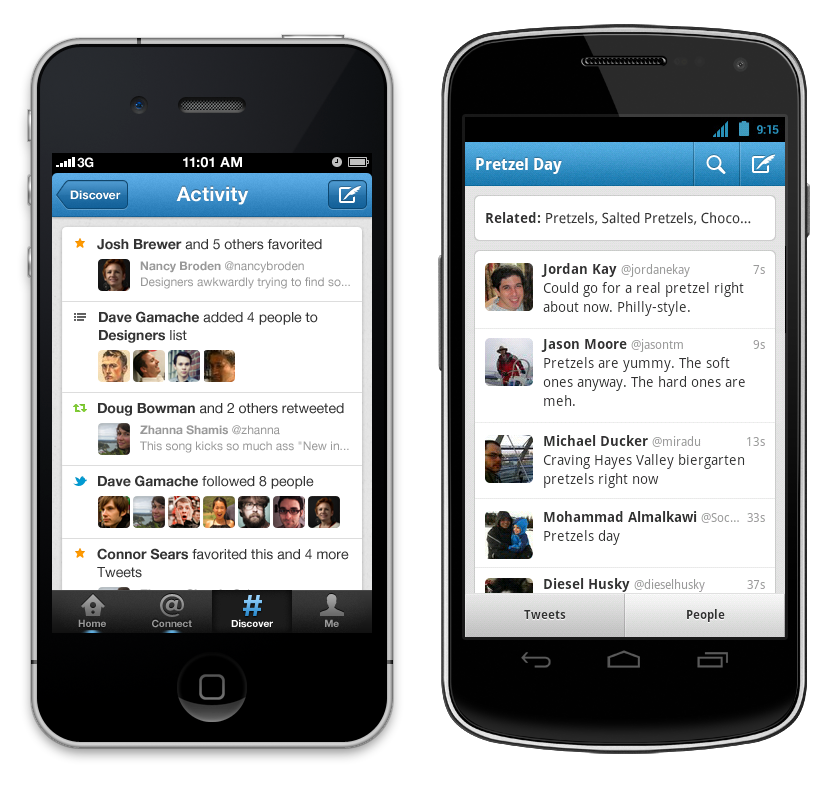 After the legacy of Tweetie vanished with Twitter version 3.0 for both iOS and Android, many users were left with an immediate need to find alternative clients that better fitted their power user status. Twitter has made a few changes since that time, but it looks like with today’s update they are attempting to win back some of those defectors.

Both Android and iOS clients have been updated with the same features, including a redesigned Discover tab with Activities. These are the equivalent of Facebook’s ticker — not showing content so much as what others are doing with the content. You’ll be able to tell when someone retweets or favourites a specific tweet, or who is added to a list and so on.

Search has also been revamped and simplified, including an improved correction algorithm that makes suggestions based on what you’ve typed. You can also better rely on Twitter’s name autocomplete when searching for a specific person.

And lastly Twitter has added a few more types of push notifications to its repertoire, including seeing when someone retweets or favourites one of yours.