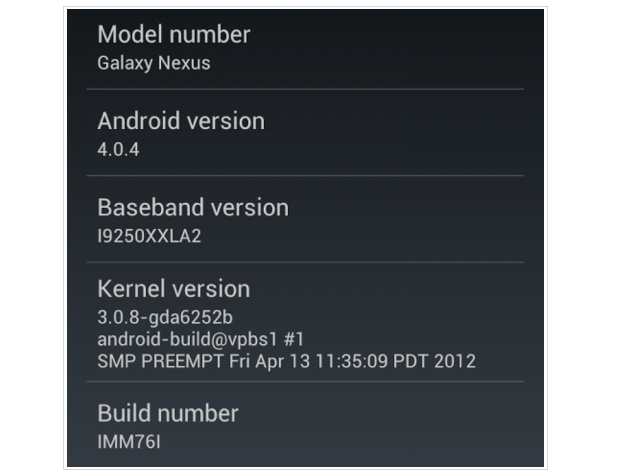 Earlier this month we reported that some Galaxy Nexus users were experiencing connectivity issues when their screens were off. This was nailed down to a technique that Google and Samsung incorrectly employed in the latest kernel, causing voltages to occasionally drop below a threshold value, disconnecting the radio in the process. Turning the screen back on would reinstate a connection to the carrier, but that was cold comfort for thousands of people who weren’t receiving notifications, calls and texts with the phone in their pockets.

Google has updated Android 4.0.4 to build IMM76I, changing nothing but the default kernel that comes with the ROM. We’ve been getting scattered reports that Canadians are receiving the update, which will likely be reported by Google in the next few days. If you’ve had the update come through, please let us know how your phone is faring.